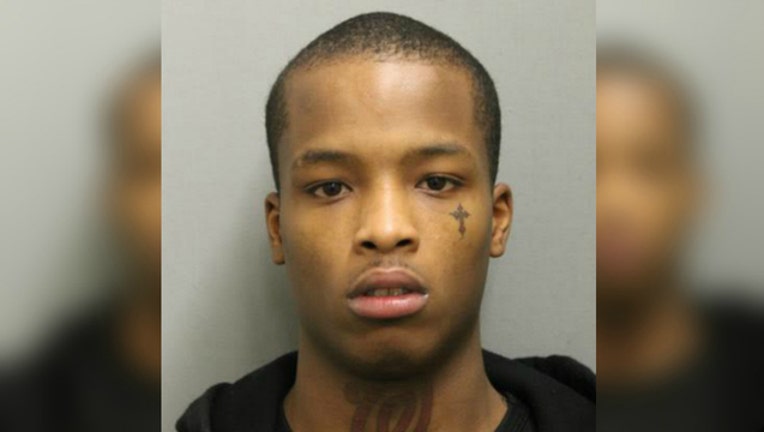 SUN-TIMES MEDIA WIRE - The Popeye’s restaurant across the street from the Cook County Criminal Courthouse does a brisk business most mornings, and that apparently meant there were plenty of witnesses on hand when a 22-year-old man was shot on the sidewalk in front of the restaurant Monday morning.

Prosecutors say surveillance cameras showed 19-year-old Tabari Harris handing a gun to another man just moments before the pair jumped into a brawl with the 22-year-old victim around 9 a.m. And witnesses inside the restaurant said they saw Harris arguing loudly with the victim, then heard at least three gunshots ring out, Assistant State’s Attorney Lorraine Scaduto said Wednesday at a bail hearing.

The officer, who hadn’t seen the fight, asked Harris if someone had been shot.

“Harris indicated that no one had been shot,” Scaduto said, but a second off-duty officer arrived and said he’d seen Harris during the scuffle.

Harris, wearing a black hooded sweatshirt, appeared in court Wednesday, where Judge Laura Sullivan ordered him held on $500,000 bail on charges of aggravated battery and revoked his bond on a previous weapons charge.

Police recovered a nickel-plated 9 mm handgun from a trash can along the route witnesses saw Harris sprinting after the shots were fired. Shell casings found in front of the Popeye’s matched the weapon, Scaduto said. Harris’ left hand also tested positive for gunpowder residue, though his attorney, LaCoulton Walls, said Wednesday that Harris is right-handed.

“There’s a lot of things that don’t quite add up,” Walls said, noting apparent conflicts in witness statements. “(Harris) had the gun, he didn’t have the gun. He was the one that did the shooting; he didn’t.”

The victim had just pulled up near the restaurant across South California Avenue from from the courthouse Monday morning and was asking passersby for change for the parking meter, Scaduto said. Moments later, a white van parked. Harris and three other men climbed out and spotted the victim and his friends.

Witnesses said the two groups began arguing loudly on the sidewalk before Harris and a second, unnamed man, walked back to the van and opened a sliding door. Harris pulled out the silver pistol and handed it to the second man, and the two walked back to the Popeye’s.

The victim was taken to Mount Sinai Hospital in critical condition, police said.

Harris had been free on bond in a separate weapons-related case when the shooting took place. He had a drug conviction as a juvenile.