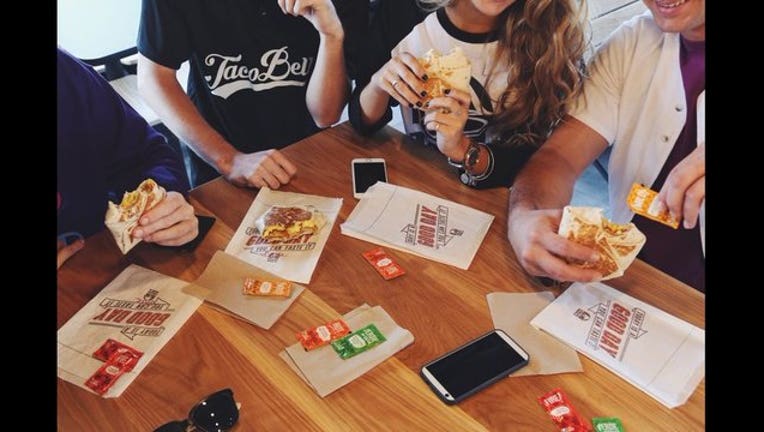 CHICAGO (FOX 32 News) - Remember the promotion "Steal a base, steal a breakfast?"

Kansas City Royals Lorenzo Cain stole a base during the 2015 World Series against the New York Mets. So, people all over the country get to steal breakfast!

Everyone in the United States can get a free Taco Bell breakfast Thursday between 7 a.m. and 11 a.m. thanks to Cain's stolen base.

However, the deal is only good for an A.M. Crunchwrap.