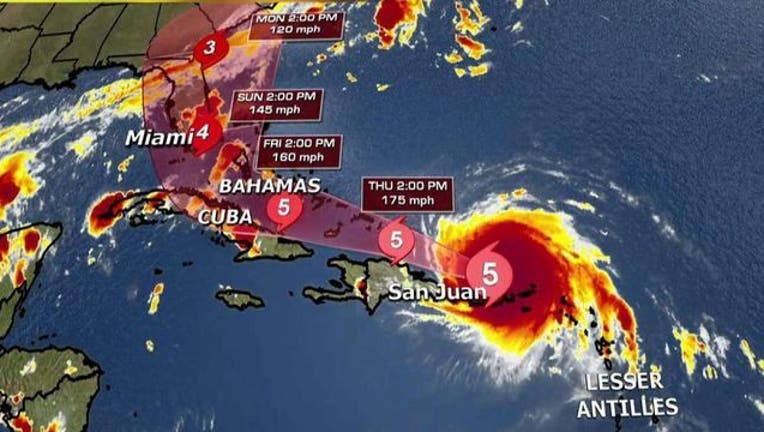 The president’s famed Mar-a-Lago estate – the so-called “winter White House” in southeast Florida where Trump has spent many weekends since his inauguration -- looks like it could suffer some major damage if the Category 5 hurricane continues on its projected path.

Trump declared a state of emergency in Florida, Puerto Rico and the U.S. Virgin Islands Tuesday night and Florida Gov. Rick Scott said in a Facebook post that “Irma is shaping up to be bigger than Andrew” – in reference to the 1992 storm that killed dozens and caused hundreds of millions of dollars in damage.

Irma has already been blamed for 10 deaths in the Caribbean and is expected to cause millions, or even billions, of dollars in damage in its wake.

Some social media users have posted the address and GPS coordinates of Mar-a-Lago and pleaded with Irma to head there.

Then there are those who hope Irma misses Mar-a-Lago completely, but just because they want Tropical Storm Jose – a more Hispanic-sounding name than “Irma” -- to take aim at the estate.

Wherever Irma makes landfall in Florida, it will have already battered one of Trump’s other seaside properties.

Sitting on Plum Bay on the island of Saint Martin, about 200 miles east of Puerto Rico in the Leeward Antilles, is an 11-bedroom home that Trump owns. The home, which Trump says he currently rents out, is up for sale for $16.9 million – a price reduced from $28 million – but could be worth much less after Irma passes through.