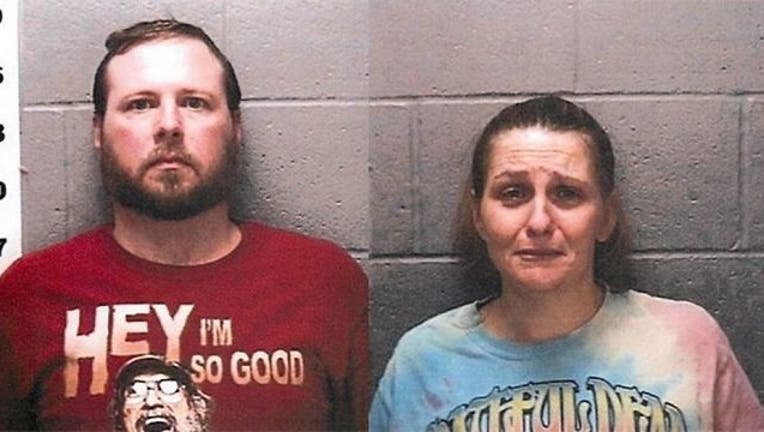 Michael Roberts, 42, and Georgena Roberts, 42, were charged with murder in the death of a 6-year-old boy. (Jersey County Jail)

FOX NEWS - An Illinois couple was charged with murder on Monday after they allegedly starved a 6-year-old boy as punishment for two years and left five other children living in “sickening” conditions at their home, reports said.

Michael Roberts, 42, and Georgena Roberts, 42, were charged with first degree murder and two counts of endangering the life and health of a child, FOX2 St. Louis reported.

Police were called to a hospital in Jerseyville last Friday after the boy died from extreme malnourishment. Another boy, 7, was found deprived of food. The couple allegedly “knowingly and intentionally…withheld food and nourishment” for the two boys since December 2015, according to St. Louis Post-Dispatch. Jerseyville police said the boy was “deprived of food by the father and stepmother as a form of punishment.” He was reportedly 17 pounds when he died.

Preliminary findings for an autopsy revealed the 6-year-old boy died from failure to thrive due to “extreme malnourishment.”

Michael Roberts, the father of the dead boy, and Georgena Roberts, the stepmother, kept six children living in “sickening” conditions, police said in a closed court on Monday.