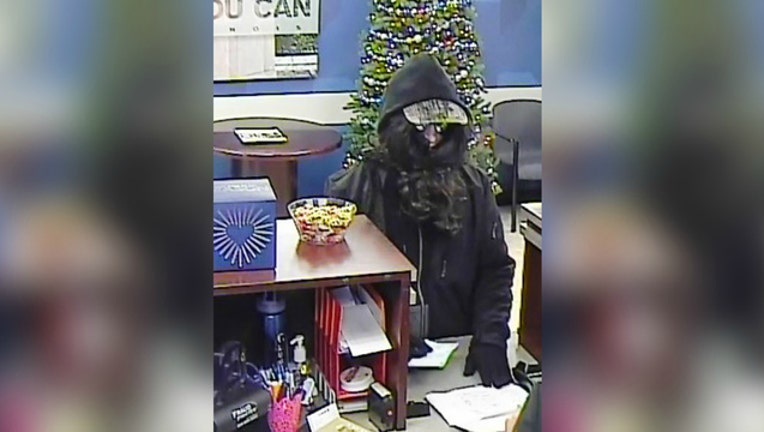 Shortly before 3 p.m., a male suspect walked into the bank at 300 Northwest Highway in Cary, walked up to the teller desk and presented a note demanding money, according to Cary police and FBI spokesman Garrett Croon.

The suspect implied he had a gun but didn’t display one, police said. It was unknown how much money he took before he ran away west from the building.

No employees or customers were injured, police said.

The robber was described as a light-skinned, possibly white, male standing about 5-foot-8 with a thin build, police said. He was wearing light blue shoes with white soles, blue jeans, a black hooded sweatshirt with the hood on his head, a camouflage baseball cap, sunglasses, black knit gloves and a long, dark brown or black wig.

Cary police, the McHenry County Sheriff’s Department and the FBI were all investigating.