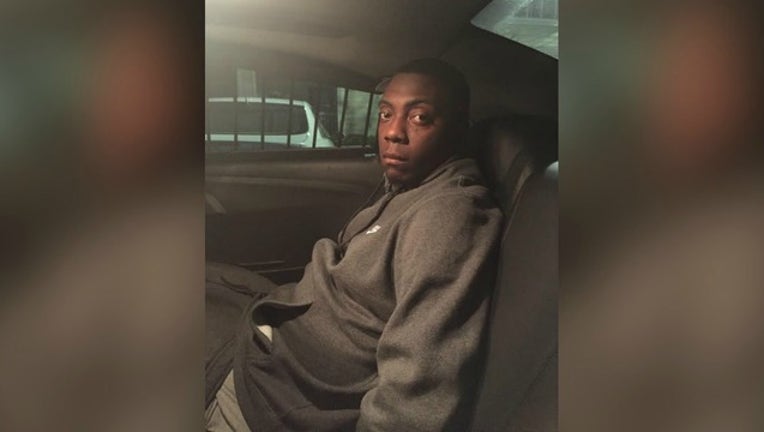 LITHONIA, Ga. (Sun-Times Media Wire) - A man charged with murder for a shooting on the Dan Ryan Expressway in 2012 — who was mistakenly released last week — has been apprehended.

U.S. Marshals captured Garrett Glover just before 11 p.m. Friday, as he slept on the floor in the apartment of a relative’s girlfriend in Lithonia, Georgia, an Atlanta suburb, according to the Illinois Department of Corrections and the Cook County sheriff’s office.

Glover was “erroneously” released to a parole program instead of being sent back to the Stateville Correctional Center after a Feb. 24 court hearing, according to the sheriff’s office. IDOC blamed the error on the sheriff’s office, for its “failure to provide the IDOC with proper paperwork.”

Plans were being made to bring Glover back to Illinois, according to IDOC. He’ll face escape charges and parole violations.

In 2014, Glover was taken into custody and charged with an armed robbery, according to Cara Smith, Cook County Sheriff’s Dept. spokeswoman.

Last week, Glover was convicted of the armed robbery charge and sentenced to 4 years in prison, Smith said. He was taken to the IDOC intake center in Stateville, but employees there determined he had been in Cook County custody long enough to fulfill his time for the robbery conviction.

“He should have been returned to custody of the Cook County Jail on the murder case,” Smith said. Instead, he was released from IDOC custody on Thursday from Stateville, located near Crest Hill in Will County.

The department of corrections did not receive any additional documentation or information from Cook County indicating Glover should have been held beyond his release date on the armed robbery charge, IDOC spokeswoman Nicole Wilson said in a statement.

“Based on the information we were given [by the sheriff’s office], we released him on purpose in accordance with the law,” Wilson said early Saturday.

When the Cook County state’s attorney’s office contacted IDOC asking why Glover had been released, IDOC contacted the sheriff’s office, which initially told them the murder charges against Glover had been dropped, according to Wilson. The manhunt began Feb. 27 when the agencies realized the error.

“We’re not saying we couldn’t have done things better, and we’re going to look at our process and shore up what needs to be addressed,” Smith said early Saturday. “But a 30-second look at Glover’s criminal history [by IDOC employees] would have revealed that there’s an open murder case.”

Glover, 29, and Patrick Calvin, 23, were both charged with murder for the shooting that killed Larry Porter on the Dan Ryan near 87th Street, the Cook County state’s attorney’s office and Illinois State Police said at the time of their arrests in April 2015.

A third man, 23-year-old Chicago resident Tyronne Mixon, was also charged with the shooting, according to ISP. Mixon was extradited from Wisconsin.

Mixon and Calvin are being held without bond in the Cook County Jail.

Porter, 25, was driving on Sept. 5, 2012, when a maroon van pulled alongside his vehicle near the 87th Street exit, prosecutors said at a bond hearing in 2015 for Calvin and Glover.

The suspects were among several passengers in the van who fired multiple shots at Porter’s vehicle, striking him in the head, prosecutors said.

Porter, of the 10000 block of South Parnell, lost control and drove into a building on Lafayette Avenue. He was pronounced dead at the scene. Another passenger suffered a graze wound to the head.