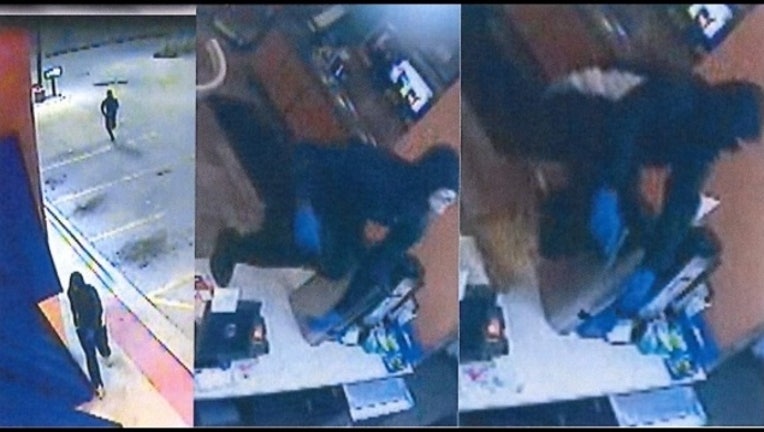 SUN-TIMES MEDIA WIRE - A fast-food restaurant in southwest suburban Plainfield was robbed at gunpoint Wednesday night for the second time in two months.

At 9:07 p.m. Wednesday, two suspects armed with black handguns robbed the Burger King at 11740 S. Rt. 59, according to Plainfield police.

They ran from the neighborhood to the north of the restaurant, entered the front door, jumped the counter and robbed the store, police said. They jumped back over the counter, left through the front door and ran back north. They amount of money they got away with was undetermined.

One of the suspects is described as a black male, about 5-foot-10 with a slender, muscular build, police said. He was wearing black sweat pants, a black hooded sweatshirt with a stripe, a black ski mask, tan or brown boots and blue latex gloves.

The other suspect is described as a black male, about 5-foot-10 with a regular build, police said. He was wearing black pants, a black hooded sweatshirt with a white T-shirt underneath, black tennis shoes, blue latex gloves and had a white cloth covering his face, possibly with a clown-face print.

One of the suspects resembled the suspect in an armed robbery at the same Burger King at 9:12 p.m. on Oct. 23, according to police. The suspect entered the restaurant through a side door, jumped the counter and robbed the store before running north.

Anyone with information is asked to call the Plainfield Police Department Investigations Unit at (815) 436-6544.