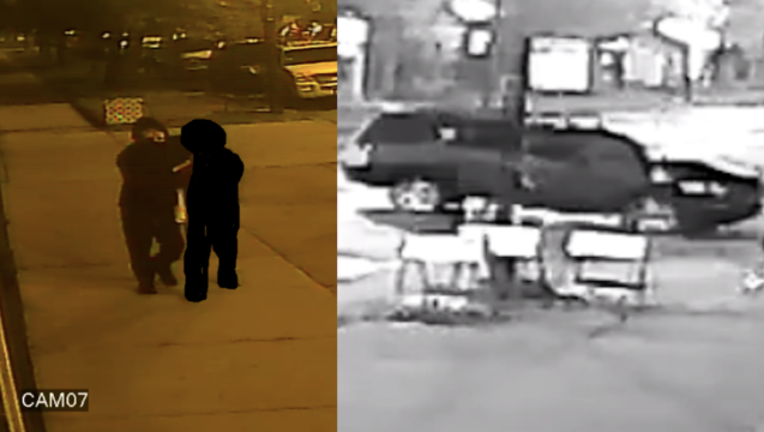 Surveillance image of a man suspected of abducting and sexually assaulting a woman Thursday night in the East Side neighborhood on the Far South Side and the the SUV used in the crime. | Chicago Police

CHICAGO (Sun-Times Media Wire) - Authorities are looking for a man who abducted and sexually assaulted a woman Thursday night in the East Side neighborhood on the Far South Side.

The man abducted the 18-year-old woman about 11:20 p.m. from the 10500 block of South Ewing, took her to a second location and sexually assaulted her, according to a community alert from Chicago Police. The victim was then driven to the area near 106th Street and Ewing and let go.

The suspect was described as a 5-foot-5 to 5-foot-11 Hispanic man between 20 and 30 years old with a medium build, police said. He had a “slight beard” and artificial gold teeth and was wearing all black clothing.

He was driving a dark-colored SUV, possibly a 2006-2010 Ford Explorer, with a tan-colored interior, police said.

Anyone with information about the suspect or the incident is asked to call Area South detectives at (312) 747-8271.