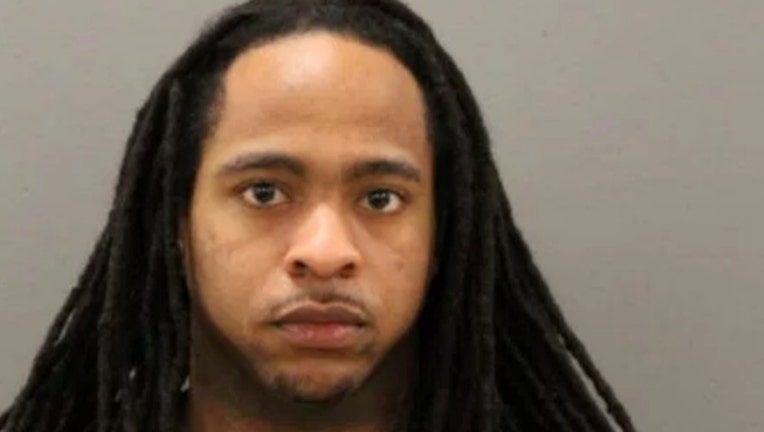 SUN-TIMES MEDIA WIRE - A man fatally shot a 19-year-old woman in the head for telling another woman he had been flirting with her, then dumped her body behind a vacant house last year in the South Side Englewood neighborhood, prosecutors said.

On the night of June 6, 2016, a woman was driving David White home and 19-year-old Fatima Muhammad was in the back seat, prosecutors said at White’s bond hearing Wednesday.

White became angry after Muhammad told the woman that he had been flirting with her, prosecutors said. White pulled out a firearm and shot Muhammad in the head.

White then threatened to shoot the other woman, who was the mother of one of his children, if she tried to run off, prosecutors said.

The woman pulled into the garage at White’s sister’s home in the 9700 block of South Halsted, and he retrieved plastic bags, a laundry bag and gloves from inside the home.

Four days later, White and the woman returned to the home with the minivan, prosecutors said. White covered the floor of the van with plastic bags and moved Muhammad’s body into the van.

White drove the van to the 6000 block of South Aberdeen and dumped Muhammad’s body behind the vacant house, prosecutors said. He threatened the kill the mother of his child to cover up the murder.

The next day, on June 11, White was drinking and passed out, prosecutors said. Another witness saw a .22 caliber handgun in his waistband and removed it, and also found a note written by White confessing to killing Muhammad. The gun and the note were turned over to Chicago Police.

The mother of White’s child fled with her family to Duluth, Minnesota, and went to the police department to tell them what happened after she arrived, prosecutors said.

On June 11, after searching the area based on information from Duluth police, Chicago officers found Muhammad’s body wrapped in a blanket inside of a bag behind a vacant building in the 6000 block of South Aberdeen, prosecutors said.

White and the mother of his child relocated to West Fargo, North Dakota, prosecutors said. On March 19, 2017, he shot her in the face. He was charged with and convicted of attempted murder, and was sentenced to 20 years in prison.

He was then extradited to Chicago on Tuesday to face a first-degree murder charge.

A bullet fragment recovered from Muhammad’s skull matched the caliber of White’s handgun, prosecutors said. Writing exemplars were compared to the confession note, and it was determined that White authored the confession letter. Blood swabs from minivan also matched Muhammad’s DNA.

White, now 26, was ordered held without bond Wednesday at the Cook County Jail.