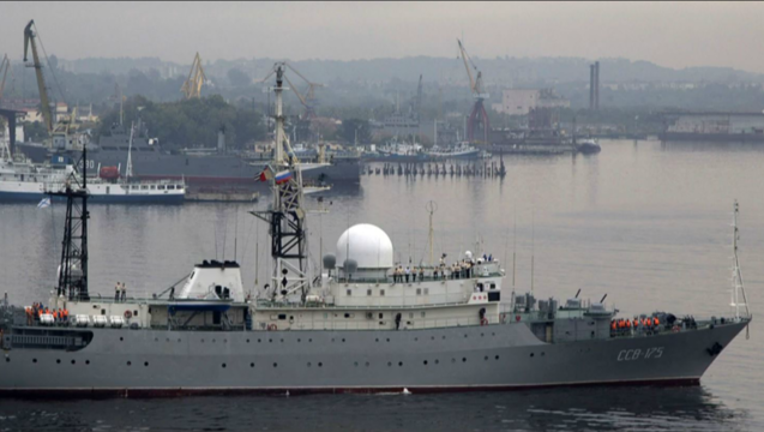 FOX NEWS - The Russian spy ship Viktor Leonov is currently “loitering” off the coast of Norfolk, Va., home to the largest naval base in the world, two U.S. officials tell Fox News.

The Victor Leonov, armed with an array of intelligence gathering equipment used to intercept communications and analyze U.S. Navy sonar capability, later traveled within 30 miles off the Connecticut coast near a submarine base earlier this week.

“It’s lawful [and] similar to operations we do around the world,” Pentagon spokesman Capt. Jeff Davis told reporters Friday.

The Russian spy ship left her homeport in the Barents Sea near Norway, part of Russia’s northern fleet, around New Year’s Day, according to American defense officials. Following a port call in Jamaica, the Russian ship then began its voyage north along the east coast of the United States.