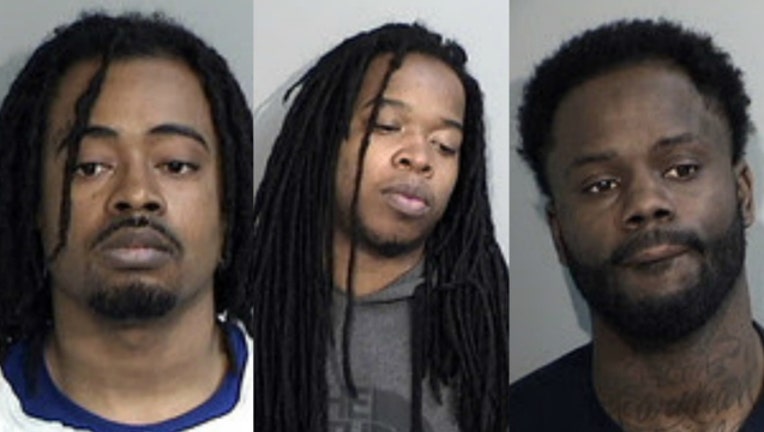 Police were called about reports of shots fired at 1:09 a.m. April 21 near Argonne Drive and Jackson Street in North Chicago, prosecutors said. Officers arrived to find shell casings before responding to a second reported shooting in the 1500 block of Broadway Avenue.

A Lyft driver on Broadway told investigators his vehicle had been shot several times, the state’s attorney’s office said. While they were at that crime scene, dispatchers received reports of someone firing gunshots from a moving vehicle at another vehicle near 14th Street and Dugdale Road.

A North Chicago patrol office found the suspects’ vehicle and tried to pull it over at 3:14 a.m. near 19th and Grove streets, prosecutors said. The vehicle sped off and someone inside fired at least two shots at the pursuing officer from the passenger-side window.

All three suspects were arrested after the chase, the state’s attorney’s office said. Steward, 26, lives in North Chicago, while 27-year-old Towns and 28-year-old Bell are Waukegan residents.

They are all being held at the Lake County Jail, according to Lake County sheriff’s office inmate records. Bond for Towns and Steward was set at $1 million, while Bell’s bond was set at $2 million.