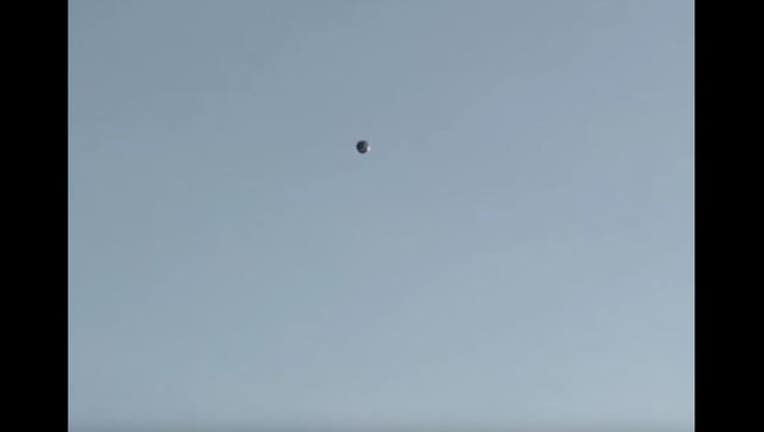 (FOX 11) - A mysterious object was seen floating over the San Gabriel Valley on the morning of August 28.

In a video posted to YouTube by Julian Lopez, it appears to show a Los Angeles County Sheriff’s Department helicopter circling around the object for an inspection in West Covina.

“Well, my friends, there’s a UFO over the San Gabriel Valley,”  Lopez said.

“A helicopter is circling it,” he added. “It looks like a big eyeball.”

According to the Pasadena Star News, several witnesses reported seeing a large, white advertising balloon emblazoned with a corporate logo in the same time and vicinity of the object.

Apparently, the logo is of a company called “Brass Knuckles,” which sells marijuana extracts and vaporizing products.

It was not clear Sunday night whether the advertising balloon was the same object that triggered Monday’s UFO sighting reports.