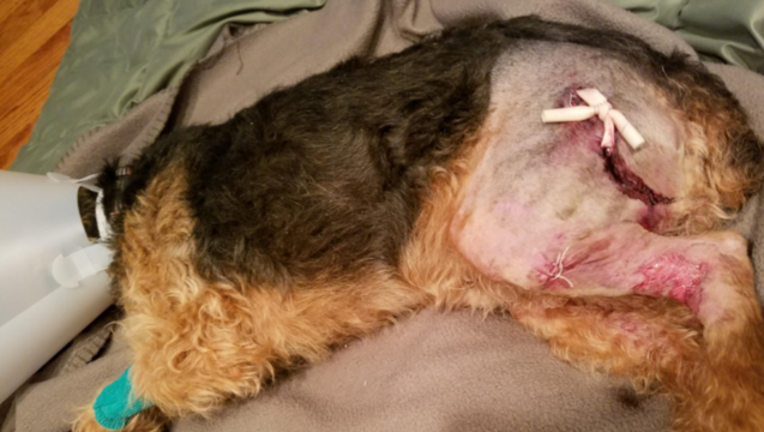 (SUN TIMES MEDIA WIRE) - A woman and her dog were attacked by two dogs that escaped from a neighbor’s yard earlier this month in west suburban Riverside.

The 37-year-old woman was walking her 20-pound male Welsh terrier at 3:17 p.m. Feb. 3 in the 100 block of Akenside Road when she heard barking getting louder behind her, according to a statement from Riverside police. She turned around to see two Labrador retriever mixes chasing her and her dog.

The woman managed to fend off the dogs until she reached her driveway, but her terrier was attacked while she was trying to pull him through the door, police said. She was able to grab him out of the mouth of one of the attacking dogs but suffered a bite to her hand in the process.

She took the terrier to a veterinary hospital, where he had to have surgery for “deep puncture wounds to a left hind leg and other tendon damage,” police said. The dog also had damage to his arteries and required drains to be put into his body to help with healing.

Further investigation revealed the attacking dogs got out of a fenced-in yard after the owner’s children left the gate open, according to police. The owner was cited for the dog bite incident under a village ordinance.