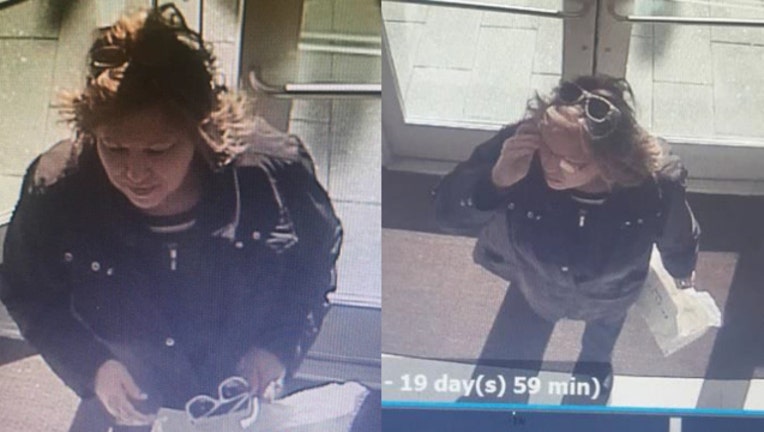 Police want to speak with the woman “about her alleged involvement in stealing a couple purses from the Premium Outlet Mall” about 12:30 p.m. Feb. 12, according to Aurora police.