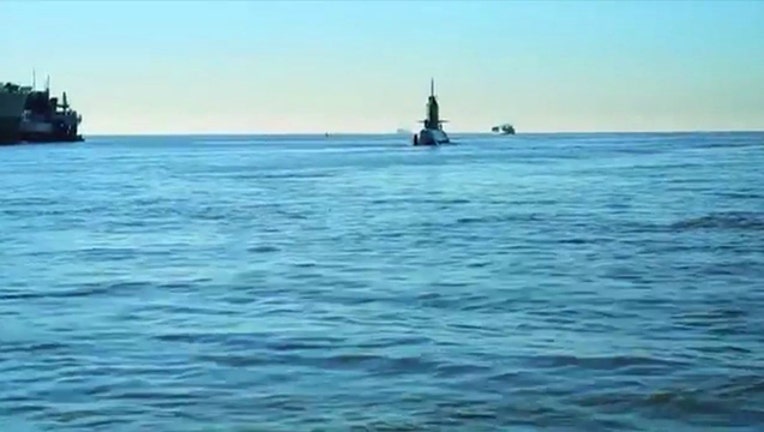 BUENOS AIRES, Argentina (AP) - Argentina's Navy said Saturday it was ramping up the search for a submarine that hadn't been heard from in three days, and at least six other nations said they would join in the effort.

Navy spokesman Enrique Balbi said that the area being searched off the country's southern Atlantic coast has been doubled as concerns about the 44 crew members grew.

"We are not discounting any hypothesis," Balbi said. Possibilities could include "a problem with communications" or with its power system, he said.

Authorities last had contact with the German-built diesel-electric sub, the ARA San Juan, on Wednesday as it was on a voyage from the extreme southern port of Ushuaia to Mar del Plata.

President Mauricio Macri said in a tweet that the country will use "all resources national and international that are necessary to find the submarine."

Pledges of help came from Chile, Uruguay, Peru and Brazil, as well as the United States, which sent a NASA scientific aircraft and a Navy plane. Britain was sending a polar exploration vessel, the HMS Protector, which British officials said should arrive Sunday.

Admiral Gabriel Gonzalez, chief of the Mar del Plata Naval Base, said authorities have reinforced both the surface search for the missing submarine and the underwater search.

There is "coordination with units from the United Kingdom and the United States," he said. Britain and Argentina fought a war in 1982 over the Falklands Islands, which are called the Malvinas in Argentina.

Relatives of the crew members gathered at the Mar del Plata Naval Base in the hopes of hearing news about their loved ones.

"We feel anguish. We are reserved but will not lose our hope that they will return," Marcela Moyano, wife of machinist Hernan Rodriguez, told television network TN.

From the Vatican, Argentine Pope Francis said he was making "fervent prayers" for the crew.