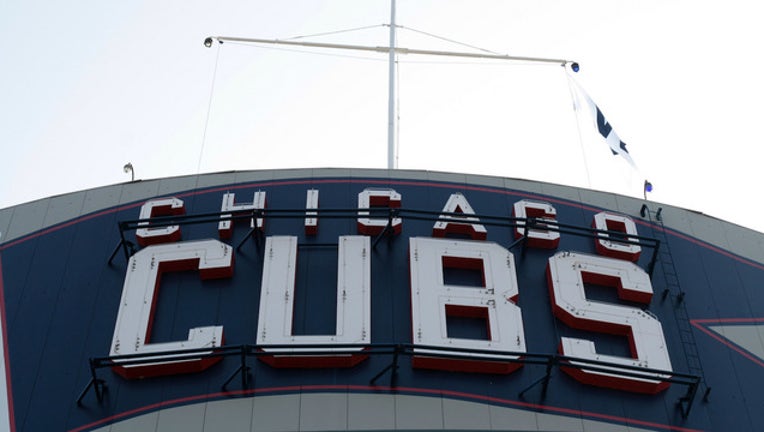 CHICAGO (AP) — The scheduled game Saturday between the Chicago Cubs and Atlanta Braves has been postponed because of rain.

Rain was forecast all day in Chicago. The game was called about two hours before the scheduled first pitch at 1:20 p.m. No makeup date was immediately announced, but a logical choice would be July 7. The Braves have an off day and will be returning to Chicago to begin a three-game interleague series against the White Sox on July 8. The Cubs also are off July 7, coming off a three-game series against Cincinnati in Chicago.

Atlanta Braves manager Fredi Gonzalez had no issues with the quick postponement of Saturday's game against the Chicago Cubs.

"If the weather forecast is going to be bad the whole day, it's better to do it this early than wait around to 7 o'clock at night," Gonzalez said. "I have no problems (coming back in July), we will be here anyways. We have an off day coming from Philly and we play the White Sox, so it works out fine for us."

John Lackey had been scheduled to start for the Cubs, while the Braves planned to send Julio Teheran to the mound. Both have been pushed back to start on Sunday.

Matt Wisler, Sunday's scheduled starter for the Braves, is now scheduled to start Monday at New York against the Mets.

The Braves are 5-18 after losing to the Cubs 6-1 on Friday night, but their two future middle infielders are quickly moving up in the organization.

Earlier Saturday, the Braves promoted Ozzie Albies and Dansby Swanson. Albies moved from Double-A Mississippi, where he hit .369, to Triple-A Gwinnett while Swanson went from Single-A Carolina, where he hit .333, to Double-A.

"That was the plan, 40 games, but that doesn't surprise me by the way they were playing that they would move them up," Gonzalez said. "Every time I look at the report, two hits, three hits, one hit, an RBI — great play in the back of the hole."

Both Albies and Swanson play shortstop and Gonzalez isn't sure when one of them will be moved to second base.

Braves: INF Gordon Beckham is on the 15-day disabled list with a strained left hamstring. He is eligible to come off the DL on Monday.

Cubs: 3B/OF Kris Bryant (sprained ankle) will be available to start the series finale. "He's doing really well this morning," Chicago manager Joe Maddon said. "We'll wait to see what tomorrow looks like. I'll debate whether to play him or not. If he doesn't start, he'll be able to come off the bench."