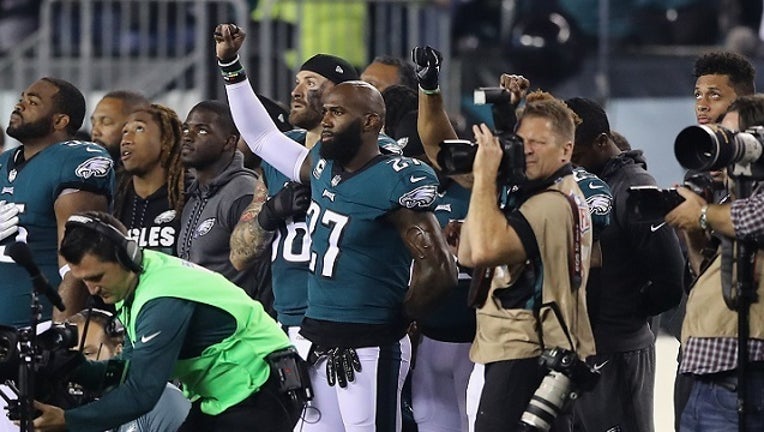 Malcolm Jenkins #27 of the Philadelphia Eagles puts his fist in the air during the National Anthem before taking on the Washington Redskins at Lincoln Financial Field on October 23, 2017 in Philadelphia, Pennsylvania. (Photo by Elsa/Getty Images)

PHILADELPHIA (WTXF) - Philadelphia Eagles safety Malcolm Jenkins says he will no longer raise his fist in protest during the national anthem before games.

Jenkins made the announcement after the NFL and the Players’ Coalition made a tentative deal to fund social justice issues.

The NFL announced earlier this week that it will contribute nearly $100 million to the cause over a seven-year period.

Jenkins is one of the co-founders of the Players’ Coalition.

The Eagles are set to play the Seattle Seahawks Sunday.

Jenkins says he's unaware whether his teammates or other members of the Players’ Coalition, will stop their demonstrations as well.

There have been some differences among players about how discussions with the league were proceeding.