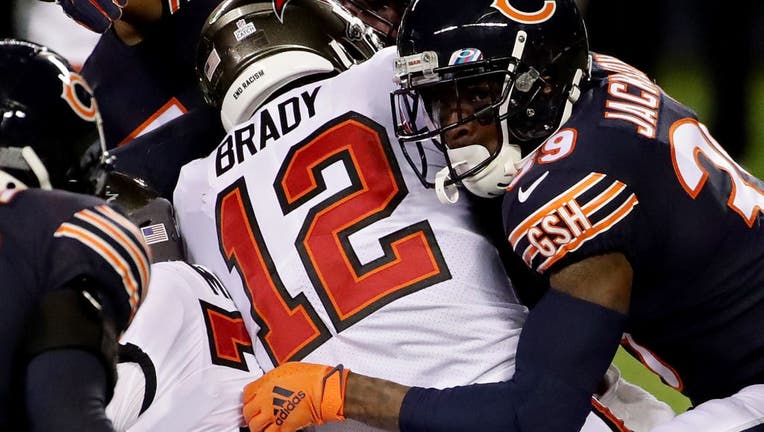 CHICAGO, ILLINOIS - OCTOBER 08: Tom Brady #12 of the Tampa Bay Buccaneers attempts a sneak while being tackled by Eddie Jackson #39 of the Chicago Bears in the second quarter at Soldier Field on October 08, 2020 in Chicago, Illinois. (Photo by Jonath

Brady never lost to Chicago in five meetings as a member of the Patriots. But facing Foles for the first time since New England fell to Philadelphia in Super Bowl 52, the six-time champion once again came up short.

Brady threw for 253 yards and one touchdown. But the Buccaneers (3-2) came up short after winning three in a row.

Khalil Mack had two sacks. DeAndre Houston-Carson broke up Brady’s fourth-down pass with 33 seconds left after Santos kicked the go-ahead field goal. Brady put up four fingers, appearing to think he had one more down. But Chicago took over.

With the win, the Bears (4-1) bounced back from a lackluster loss to Indianapolis.

Foles, the Super Bowl 52 MVP, completed 30 of 42 passes for 243 yards and a touchdown, in his second start after replacing Mitchell Trubisky.

Brady was 25 of 41. The three-time MVP was seen screaming on the sideline late in the third quarter after an ugly drive for Tampa Bay.

Mike Evans had a touchdown reception.

Ryan Succop kicked four field goals, including a 25-yarder to give Tampa Bay a 19-17 lead with 4:49 remaining.

But nose tackle Vita Vea was taken from the field on a cart with less than two minutes remaining after a teammate rolled up on his right leg. And Tampa Bay lost for the first time since the opener at New Orleans.

The Buccaneers looked like they might blow this one open, jumping out to a 13-0 lead. But the Bears turned it around in a flash, with two touchdowns in the final 1:48 of the half.

Montgomery plowed in from the 3. Kyle Fuller then put a big hit on Ke’Shawn Vaughn as he caught a short pass, and Robert Quinn recovered the fumble, giving the Bears possession on the Tampa Bay 27. A leaping Jimmy Graham made a one-handed grab in the end zone with Jamel Dean on him to haul in Foles’ 12-yard pass. 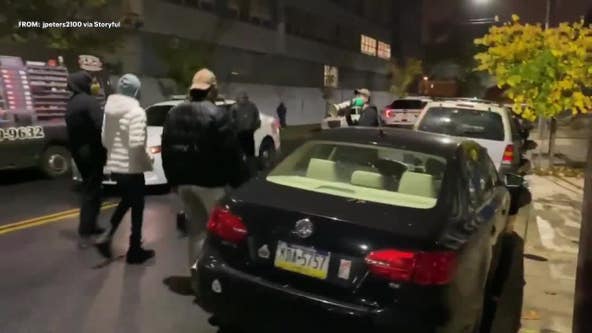