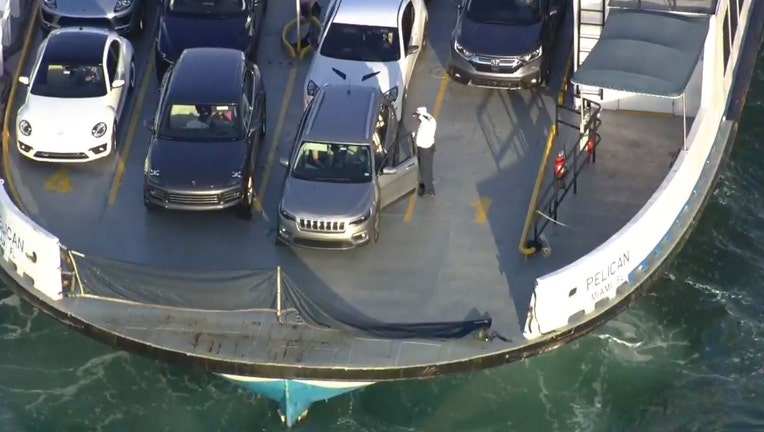 MIAMI BEACH, Fla. - The bodies of two women were discovered in a car that rolled off a ferry into a deep shipping channel off the coast of South Florida.

The women were found in the vehicle that sank Tuesday in Government Cut, WSVN reported. Their family members were notified of the deaths, the Coast Guard said on Twitter.

Aerial footage showed an empty space on the front of the Pelican ferry.

The Coast Guard is investigating how the car fell from the ferry, which takes people and cars back and forth from the exclusive Fisher Island. The front and back of the ferry are usually closed by chains during the short trip.