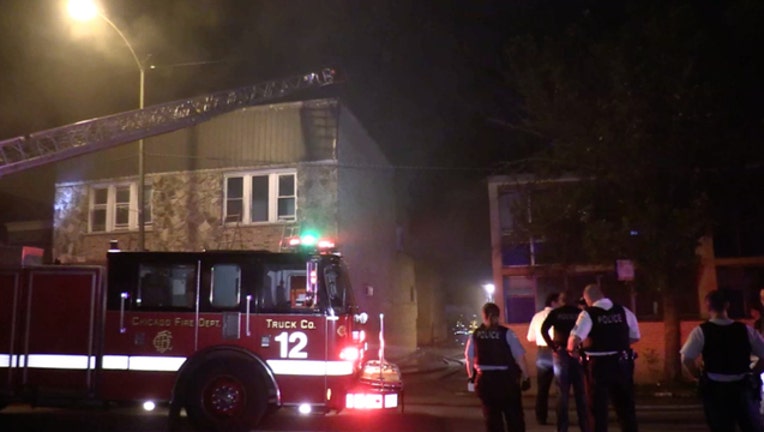 Five people were hospitalized, including a Chicago Police officer, following a fire early Monday morning on the Northwest Side. | NVP News

CHICAGO (SUN TIMES MEDIA WIRE) - Five people were hospitalized, including a Chicago Police officer, following a fire in an apartment building early Monday in the West Ridge neighborhood on the Northwest Side.

Firefighters responding about midnight to the two-story a building in the 6000 block of North California Avenue found heavy flames coming from the second floor, Chicago Fire Department Battalion Chief Tom Arnswald told reporters at the scene.

Two people were taken from the second floor by ladders, while three others were taken out via the building’s stairs, he said.

A Chicago Police officer suffered an asthma attack and was taken to the hospital, Arnswald said.