Bars of Chicago: Newark Nook and the story of a side street pub

One neighborhood bar on the far Northwest Side may be the most Chicago real estate listing out there. Because for $400,000, you can be the next to carry the torch for the Newark Nook, a neighborhood bar in Norwood Park that’s one of the last of its kind.

CHICAGO - In Chicago, we’re world famous for our architecture, bungalows, two-flats, and of course, skyscrapers. 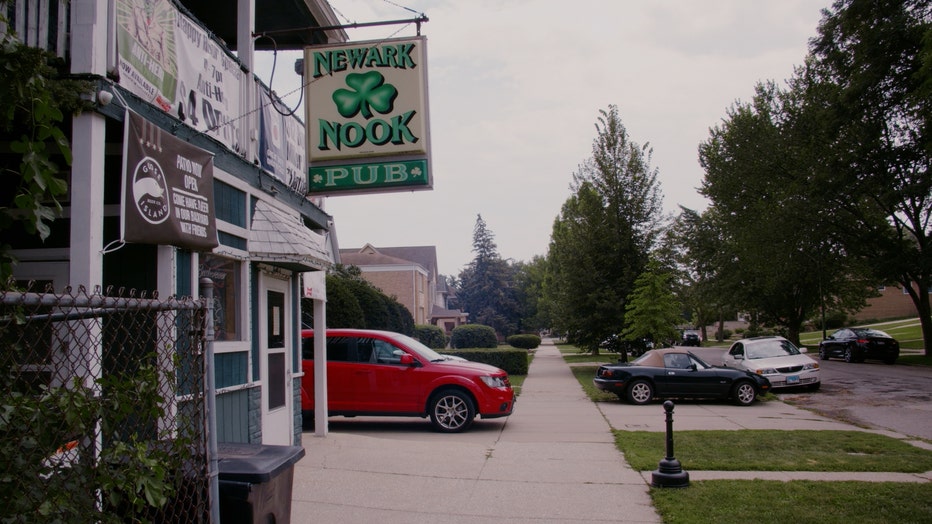 But one neighborhood bar on the far Northwest Side may be the most Chicago real estate listing out there. Because for $400,000, you can be the next to carry the torch for the Newark Nook, a neighborhood bar in Norwood Park that’s one of the last of its kind.

It’s been tucked away on Newark Avenue for 92 years. Joe Valentino and his wife Patty have been running the Nook for the last 20 years. Joe said he’s ready to move on but will never forget discovering the Nook. 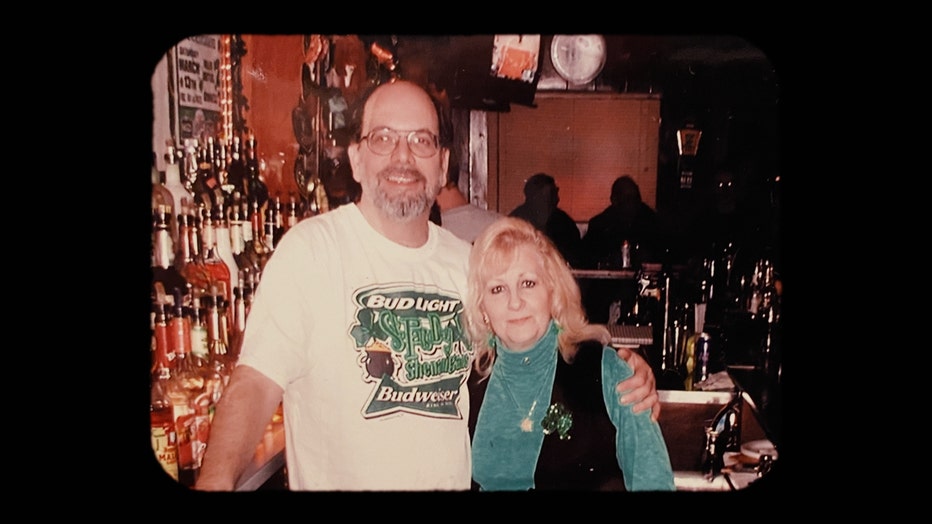 "My wife always wanted to have a bar. We just got done with a pizzeria," Valentino said. "So, we decided to look at (the Nook). We were driving down the street and were just as surprised as anyone that there was a bar on a side street."

A side-street bar? What’s that? 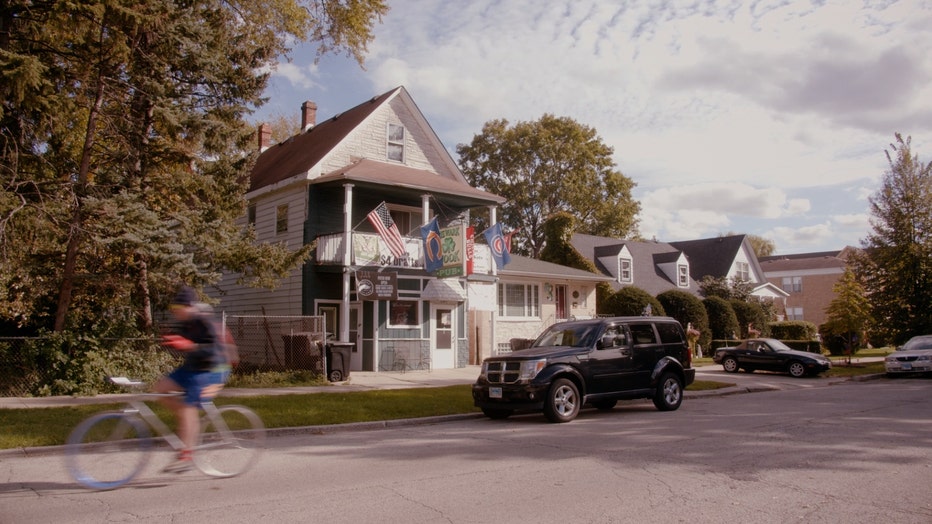 "It's unique in that it sits on a squarely residential block and it’s the only business on that block. In fact, the Nook is the only business within four blocks of the neighborhood surrounding it," said Philip Schwartz, a realtor with Chicago’s @properties. Schwartz is looking for the Newark Nook’s next owners. 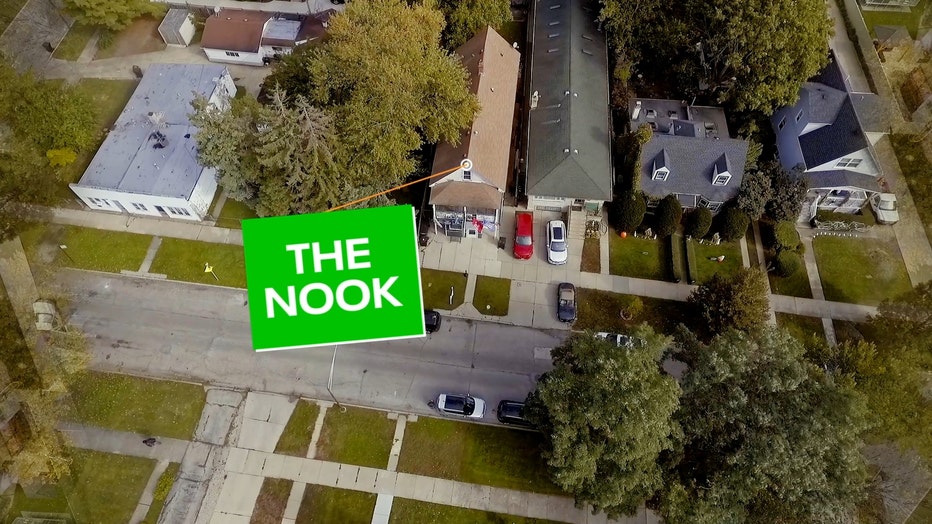 "I really dig the fact it comes off as a place in New Orleans and that it has a balcony. It's one of the most unique properties I've had. Something truly Chicago and different."

The Newark Nook is not just different, but rare. The side-street bar is an endangered Chicago species. You could find at least one in every neighborhood back in the day. That’s not the case now. It’s a story as old as the Nook itself. 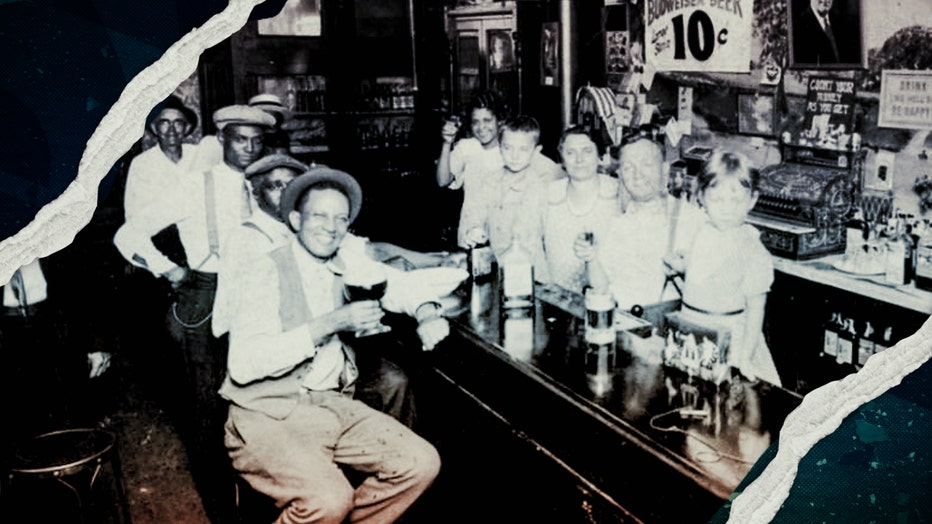 "Back in the day you had two kinds of bars in Chicago. You had American bars which tended to be downtown and on main streets. These were places run by more assimilated immigrants. But deeper in the neighborhoods you had the ethnic bars." said Bill Savage, a professor at Northwestern and Chicago’s premier tavern expert.

According to Savage, the two different kinds of bars are where Chicago’s immigrants "negotiated the hyphen." When you’re a new Polish American, you figure out how the Polish and American sides work together. 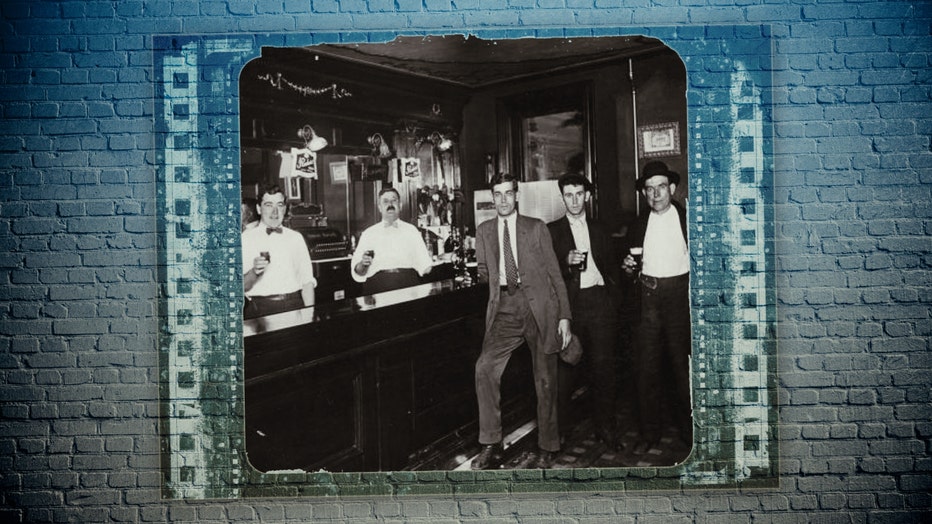 "You go to the American bars after work and that's where you might organize your union and learn English. But then you take a streetcar back to the neighborhood and the bar on the corner is where you got your mail when you didn't have an address, and everyone speaks Polish and comes from the same region as you do."

Chicago’s drinking culture changed with the times. Side-street taverns were the place for workers when factories hummed and manufacturing thrived. When those jobs went away, so did the saloons.

"If you're not doing three shifts a day there's not going to be enough business. So only a handful of these bars hang around. There were thousands of taverns back in the day. We're down to about 800 tavern licenses left in Chicago," Savage said. 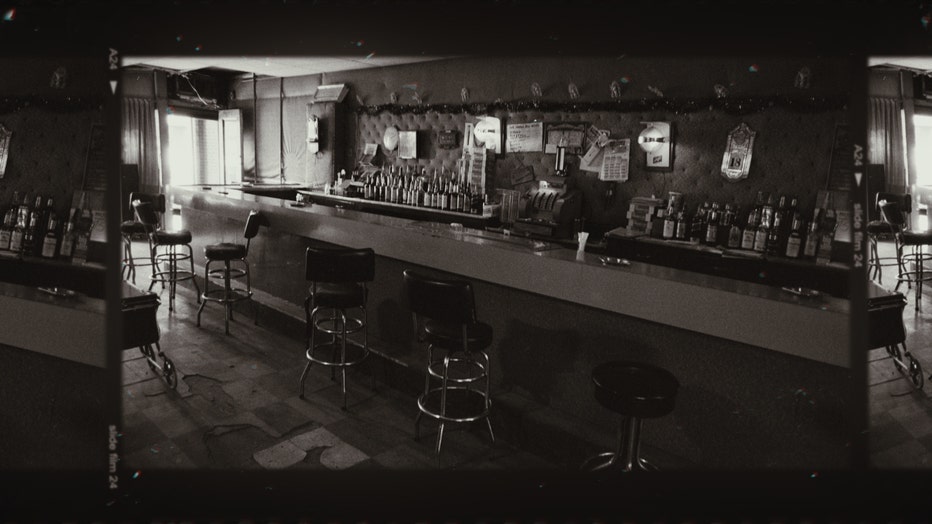 The Newark Nook was probably serving farm workers ninety-two years ago, when Norwood Park was just prairie land. When Joe picked up the spot twenty years ago, it was a cop bar. But even that was changing.

"We were open until two o’clock in the morning, so we'd get some action from 12 to 2 just about every night. The police switched all the hours of the shifts to try to eliminate police officers getting a drink after work. Instead of getting off at midnight they'd get off at four in the morning. Since then, it really has become a place for neighborhood people," Valentino said. 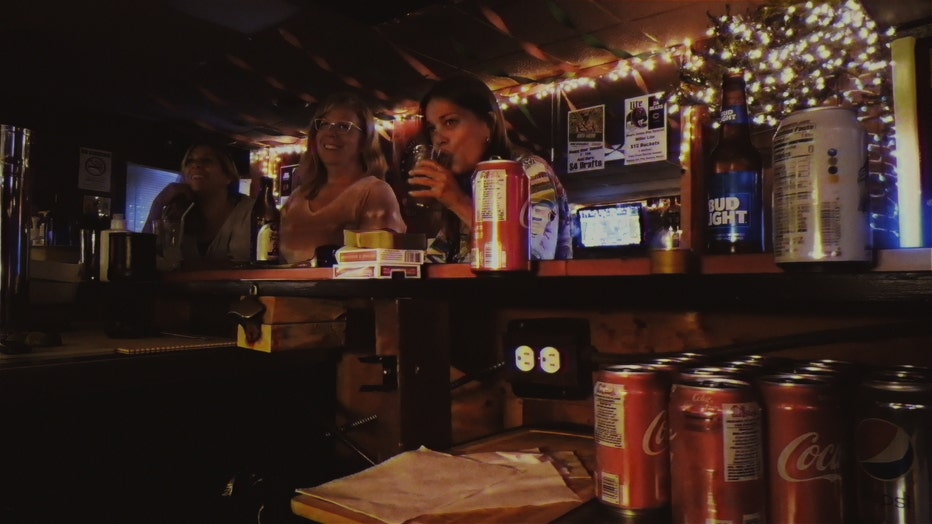 "This place isn't showy. It's about a beer and a shot. This isn't the place to get a martini. This is where you come to shoot darts and hang out with the people on the block," Schwartz said.

Still, Joe continues a Nook tradition of placing first-responder uniform patches on the walls. Today, they’re covered with donations from heroes across the country.

"People still come in and give me patches and put them on the wall. It started with police, then firemen said put mine up there and some military guys came through so now I put them all up." 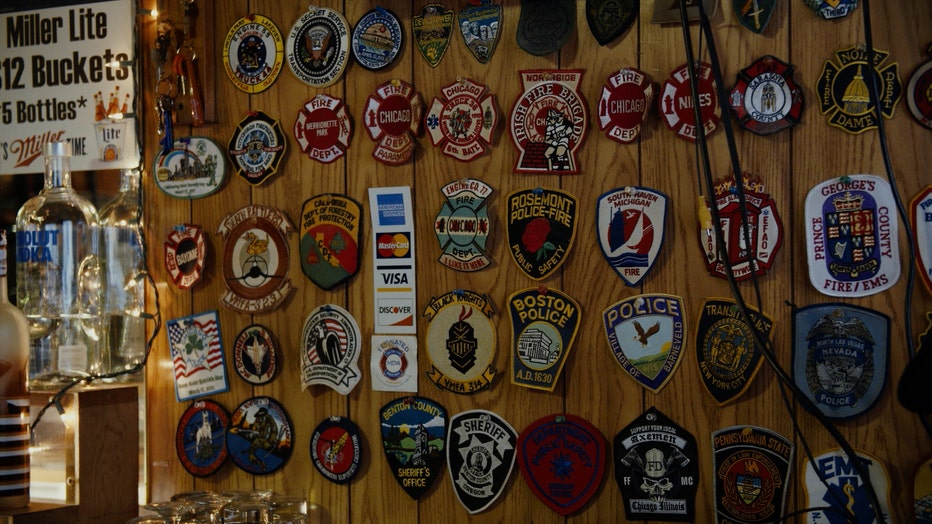 Neighborhood bars like the Newark Nook are important to the neighbors it serves, and not just for the cheap beer.

"When you lose the bars, you lose eyes on the street. The corner bar with the big windows: if something happens on that street, people inside are going to run out that door and render assistance," Savage said. "And maybe something won't happen because people on the street know they're being watched. The bar that’s open until 2:00 AM with the owner a neighborhood guy is an asset to the neighborhood. It's a security thing." 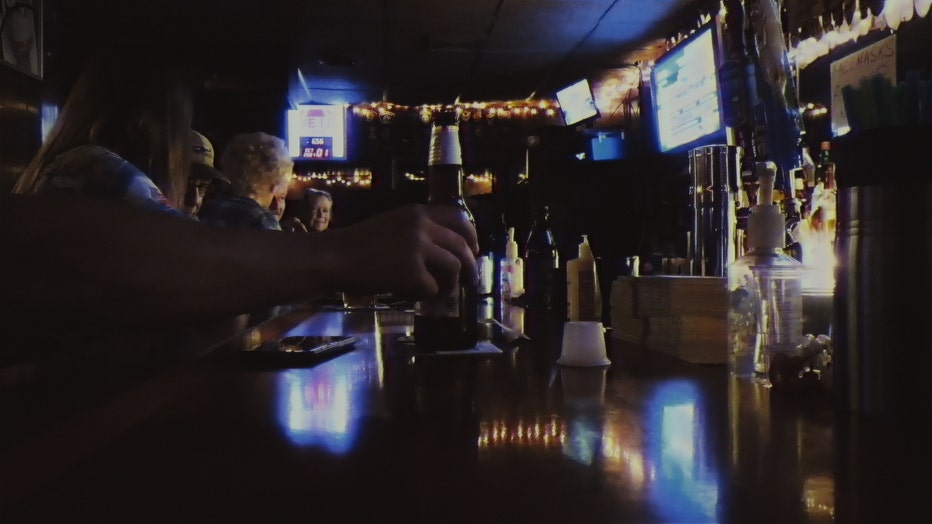 As for the Nook’s next owners? How should they keep it going?

"The key to success is to manage to be both part of your local community and attract people outside of the neighborhood. Be a destination bar. The age of the place. The historical nature of it. Play that up. Maybe host a local historical society. And just be a good neighbor. Right? That means no BS," Savage said. 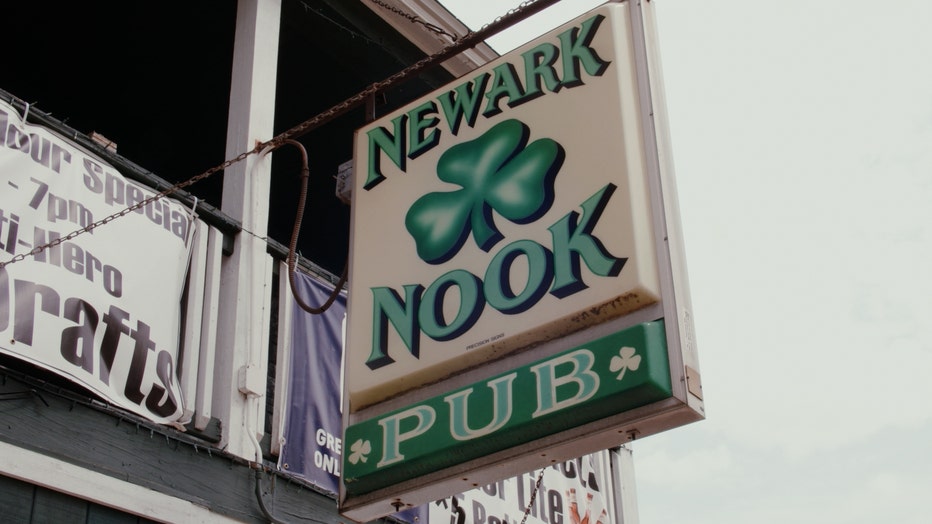 "My advice is to know your clientele and know when to cut them off. In the beginning, I was hesitant about how I go about doing this. You’d have someone come in through the door and you say to yourself ‘not this guy again.’ But really, it’s simple. You just go up to them and say I think you've had enough."

With two apartments on top, a steady stream of new friends, and a century’s worth of old stories, Philip Schwartz said this is the rarest of investment opportunities. 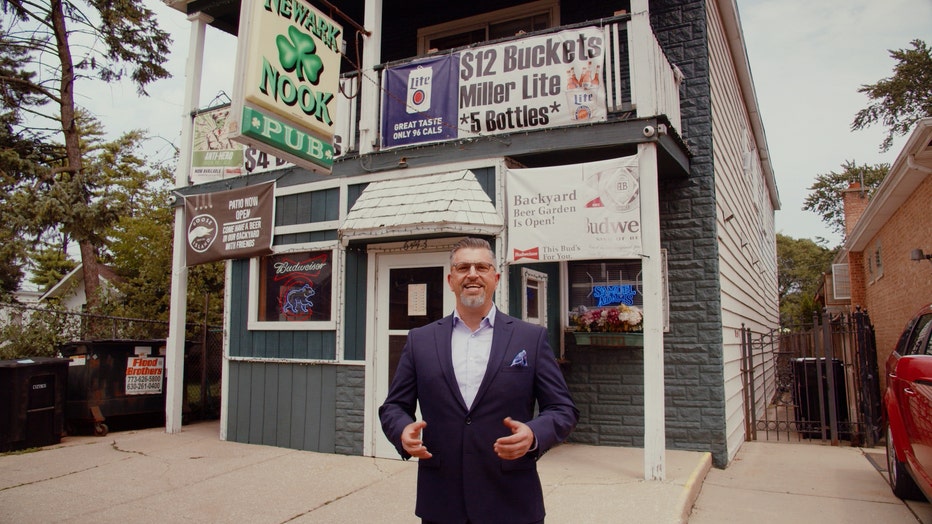 "It may be a decade before I cross paths with something that is exceptionally different and unique like this," Schwartz said.

I see it’s last call. So, one final question for the barkeep. Joe: what’s the most a bar should charge for a beer? 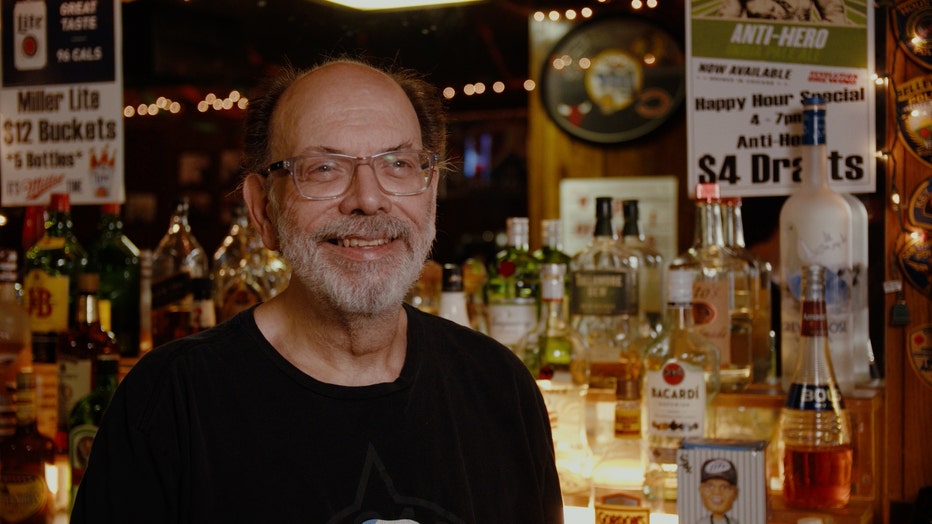