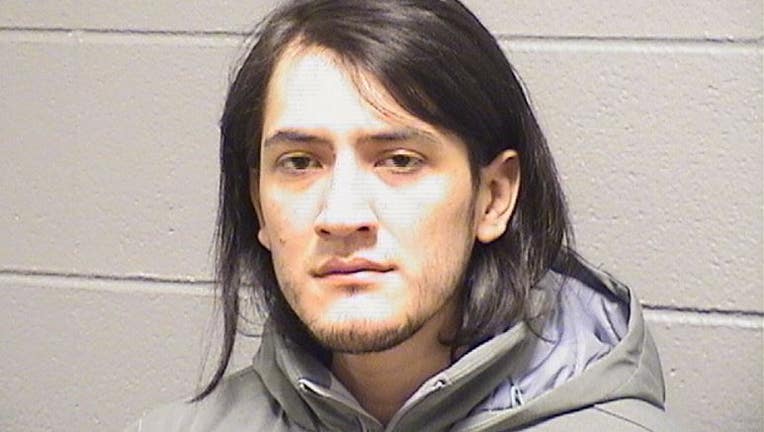 CHICAGO - A 34-year-old Chicago man has been charged with multiple felonies after he solicited an undercover Cook County Sheriff’s Police Special Victims Unit investigator posing as a teenage girl on a messaging app, officials said Thursday.

Juan Heredia was arrested after he traveled to meet a person he believed was a 15-year-old girl, according to the investigation.

Heredia first contacted the undercover officer who was posing as a teenage girl on the messaging app on Jan 29.

The undercover officer informed Heredia that the person he was communicating with was 15, but Heredia continued to send sexually explicit messages, officials said.

Heredia then arranged to meet and to engage in sexual activity, according to the investigation.

Heredia appeared at a bond hearing Thursday on felony charges of attempted aggravated criminal sexual abuse, grooming, indecent solicitation of a child and traveling to meet a minor.

Anyone with information about suspected sexual crimes against children or human trafficking is encouraged to contact the Sheriff’s Office online at https://www.cookcountysheriff.org/submit-acrime-tip/ or call the Sheriff’s Police non-emergency number at 847-635-1188.