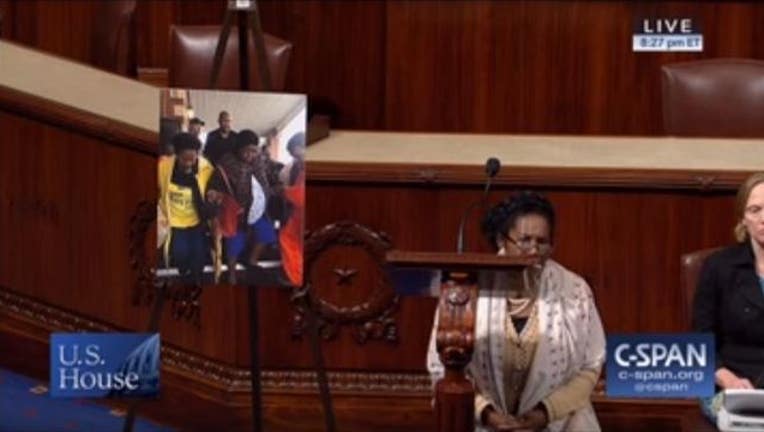 NEW YORK (FOX5NY) - A Democratic congresswoman called President Trump a racist and kneeled on the floor of the House of Representatives on Monday night.

Rep. Sheila Jackson Lee (D-TX) says she did it in solidarity with NFL players who are kneeling during the national anthem after a speech and series of tweets in which the president called them out for the protests.

She specifically called out President Trump for using the phrase "son of a bitch" to describe players who were kneeling.

"That is racism.  You can not deny it. You can not run for it and I kneel in honor of them," Jackson Lee said before taking a knee and continuing to talk.