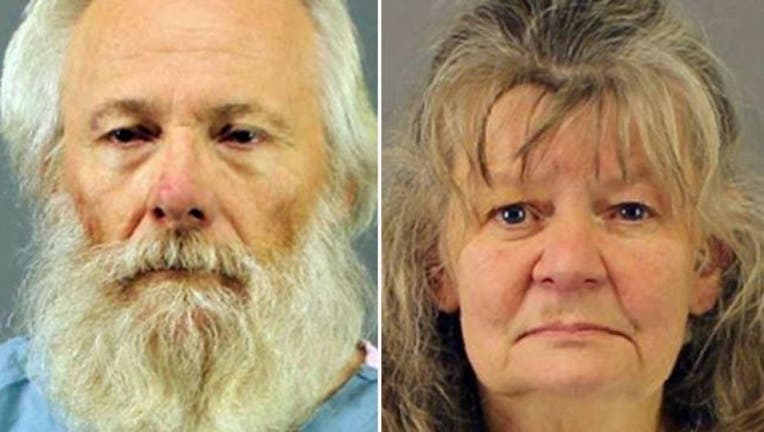 NEW HARTFORD, N.Y. (AP) — Two teenage brothers were brutally beaten in church — one fatally — in an effort by their parents, sister and other members to get them to confess their sins, police said Wednesday in a case involving an insular congregation that had sparked gossip and suspicion among neighbors.

Police said spiritual "counseling" at the Word of Life church in upstate New York turned into an hours-long attack Sunday night in which Lucas Leonard, 19, and his 17-year-old brother, Christopher, were pummeled with fists and kicked. They suffered injuries to the abdomen, genitals, back and thighs.

Eventually, Lucas stopped breathing and relatives took him early Monday to a hospital, where he died, police said. Authorities went to the church and found his younger brother, who was hospitalized in serious condition.

"Both brothers were subjected to physical punishment over the course of several hours, in hopes that each would confess to prior sins and ask for forgiveness," Police Chief Michael Inserra said.

He said investigators have not determined what the supposed sins were.

The brothers' parents, Bruce and Deborah Leonard, were charged with manslaughter in Lucas' death. Four other adults were charged with assault in the younger brother's beating, including Sarah Ferguson, 33, the victims' sister.

The beatings took place at a red-brick former elementary school that serves as both a church and a home for several members of the congregation, including one of the suspects. The church has existed for as many as 30 years in New Hartford, a once-thriving mill town of 22,000 people about 50 miles from Syracuse.

"I'm really afraid. In my heart I don't think this is the first incident," said Eva Monaghan, who lives around the corner. "Over all the years, I can't imagine this is the first thing. Maybe nothing as bad. Around town, it's considered a cult."

The police chief, however, said he had no indication Word of Life was anything but a church and a home.

Tara Litz, who used to live next door to the church, said: "I never really had any ill problems with them, but I did see a lot of sketchy things regarding stuff in my backyard, weird hours of the night, weird chanting, humming."

Nancy Kneller, who used to work at a Catholic church next door, said residents had long been suspicious of the place.

"Why are they so secretive? Why are there no kids out playing?" she said. Still, she added, "I think they're good people that made a bad decision."

Nearby, in the village where the Leonard brothers lived with their parents, neighbors recalled a deeply religious family that kept mostly to itself.

All the suspects pleaded not guilty. Lawyers for the parents and the sister had no comment.

Seven children, four of them Ferguson's, were turned over to child welfare authorities.

Police said more arrests are expected as the investigation continues.

"We're not alleging that they intended to kill their son," Inserra said of the parents, but "they were attempting to seriously hurt their son, and he died as a result."

After Lucas was brought to the hospital, police suspected Christopher had been hurt, too, but his relatives wouldn't tell officers where he was, the chief said. After searching for hours, police found him on the church's second floor.

The Leonards live in Clayville, a village of 350 people, in a two-story, wood-frame duplex. The sister lives in the attic with her own children, a neighbor said.

Lucas and Christopher read the Bible two hours a day at their parents' insistence and "weren't really allowed to go out of their house" for sleepovers, said another neighbor, Nicole Howard. The brothers "weren't allowed to do normal things, but they tried to be as normal as they could be."

The Leonards home-schooled their children, eschewed TV and did not take part in Halloween, either leaving home or turning off all the lights, neighbor Jim Constantine said. Some Christians do not observe Halloween because of its pagan origins and macabre themes.

The children weren't entirely isolated from everyday life, though: Lucas Leonard was routinely hired to watch Constantine's dog when he was away, including this past weekend.

"Pleasant kid. No bad talk," Constantine said. "No nothing."