A man was shot in the Humboldt Park neighborhood on the West Side early Thursday. | Network Video Productions

CHICAGO (SUN TIMES MEDIA WIRE) - Two people were killed and 15 others — including a 12-year-old boy and several teens — were wounded in shootings across the city Wednesday.

Two men were outside in the 5800 block of West Augusta in Austin about 5:30 p.m. when someone in a passing vehicle shot them, police said.

One man, 22, was shot in the wrist and chest and taken to Loyola University Medical Center in Maywood, police said. He was pronounced dead at 6:13 p.m., according to the Cook County medical examiner’s office. His name was not released Wednesday night pending notification of family.

The other man, 21, was shot in the finger and arm, police said. He took himself to West Suburban Medical Center in Oak Park, where his condition had stabilized.

A man was found shot to death Wednesday morning in the West Side Austin neighborhood, according to Chicago Police.

The Cook County medical examiner’s office could not confirm the fatality.

The most recent nonfatal shooting left a man wounded in the Auburn Gresham neighborhood on the South Side. The 23-year-old man was standing outside in the 600 block of West 80th at 11:15 p.m. when he heard shots and realized he’d been hit, according to police. He was shot in the leg and groin and taken to Advocate Christ Medical Center in Oak Lawn, where his condition was stabilized.

About 45 minutes earlier, a man was shot in the East Garfield Park neighborhood. The 30-year-old man was a passenger in a vehicle in the 3400 block of West Flournoy about 10:30 p.m. when someone walked up to the vehicle and fired shots, police said. He suffered gunshot wounds to the chest, arm and wrist and was taken to Stroger Hospital in critical condition.

Thirty minutes earlier, a 21-year-old man was walking in the 6700 block of South Blackstone about 10 p.m. when someone in a passing brown four-door vehicle shot him in the hand, police said. He was taken to Jackson Park Hospital and Medical Center in good condition.

A 15-year-old boy was outside in the 6500 block of North Ashland just before 7:30 p.m. when he was shot by someone in a passing vehicle, police said. He was taken to Presence Saint Francis Hospital in Evanston, where he was listed in good condition.

He ran into the home and called for emergency medical attention and was taken to Holy Cross Hospital, police said. He was shot in the buttocks and upper leg, but his condition wasn’t immediately known.

An 18-year-old man was shot Wednesday afternoon near an East Garfield Park elementary school on the West Side.

The man was walking just after 3 p.m. in the 3100 block of West Walnut when someone in a black Nissan Maxima opened fire before speeding away, according to Chicago Police. Jacob Beidler Elementary School is located at 3151 W. Walnut St.

The man suffered a gunshot wound to the right leg and took himself to Mount Sinai Hospital, where he was listed in good condition, police said.

A woman at a senior housing facility across the street from where the shooting happened said she could hear the shots and saw kids on the school playground scrambling to hide from the gunfire.

The woman, who did not want to be named, said she was scared but was more worried about the kids outside.

“I felt so bad,” she said. “I know it’s getting hot out here and soon it’s going to get to be that we can’t even go outside.”

He was shot in the neck, right leg and multiple times in the back, police said. He was taken in critical condition to Northwestern Memorial Hospital. The shooter got back into the SUV and took off.

A 27-year-old man showed up at Stroger Hospital with a gunshot wound to the arm at 1:06 p.m., according to police.

The man told investigators the shooting happened in the 1100 block of South Francisco, police said. He was listed in good condition at the hospital.

A man was injured and a woman struck by a stray bullet in a shooting Wednesday afternoon in the Greater Grand Crossing neighborhood on the South Side.

The 32-year-old man was being chased and fired at by someone in the 6400 block of South Vernon when he was hit in the buttocks a few minutes after 1 p.m., according to police.

During the chase, a 61-year-old woman was also struck in the buttocks by a stray bullet, police said. Both were taken to Northwestern Memorial Hospital, where their conditions stabilized.

Minutes earlier, two people were shot in the South Side Fuller Park neighborhood.

The victims were standing on a front porch in the 5500 block of South Shields a few minutes after noon when two males in a green Chevrolet fired shots, according to police.

A 17-year-old boy was shot in the 1000 block of North Ridgeway about 9:40 a.m., police said. He showed up at Norwegian American Hospital with a gunshot wound to the right arm. He told investigators he was walking when two males exchanged gunfire and he was hit. 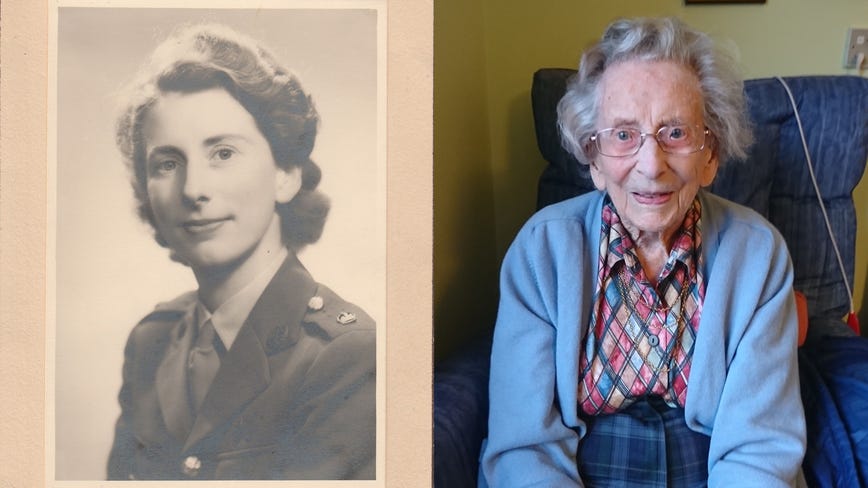