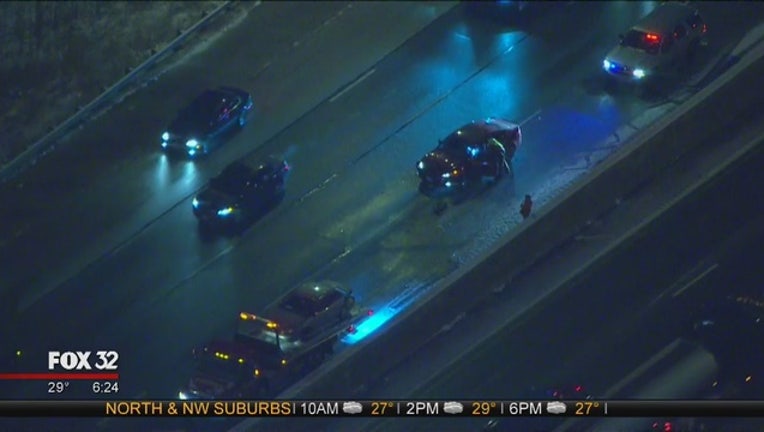 (SUN TIMES MEDIA WIRE) - Lanes of I-55 were closed in both directions Tuesday morning after at least two crashes in southwest suburban Channahon.

One crash, which involved eight to 10 cars, happened at 5:49 a.m. near Arsenal Road, according to Illinois State Police.

Police said a separate crash happened about that same time in the northbound lanes of I-55 near the bridge over the Des Plaines River.

No injuries were reported as of 7:30 a.m., but all three southbound lanes were closed to traffic and traffic on the northbound side was only getting by on the shoulder, police said. Further details were not immediately available.

Snow was forecasted in areas south of I-80 through 9 a.m. Tuesday. The Illinois Department of Transportation warned drivers to be cautious of snow or ice-covered roads in the area throughout the morning commute.