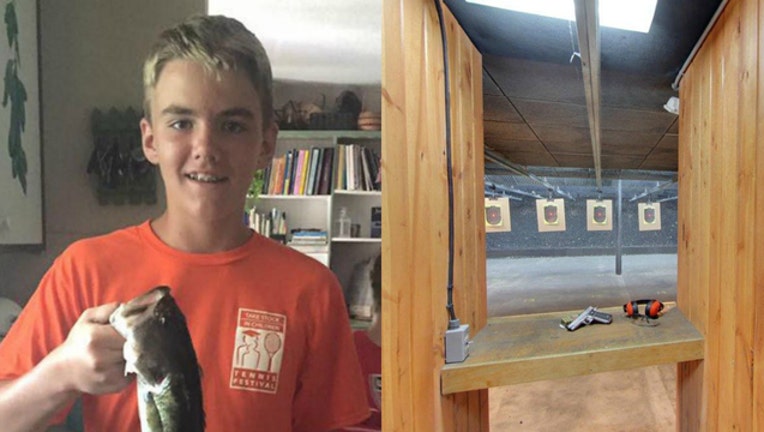 SARASOTA, Fla. (AP) - Authorities say a 14-year-old boy was accidentally shot and killed by his father at a Florida gun range.

William Brumby was firing his weapon at the High Noon Gun Range in Sarasota on Sunday when a spent shell casing deflected off a nearby wall and landed inside the back of his shirt.

A statement from the Sarasota County Sheriff's Office says Brumby tried to remove the shell with his right hand, which was holding the gun and accidentally fired the gun at his son, who was standing directly behind him.

Stephen J. Brumby, later died at a hospital. The father's two other children were with him but were not injured.

Police say they are continuing their investigation after reviewing a video of the shooting and talking to witnesses. No charges have been filed against Brumby.