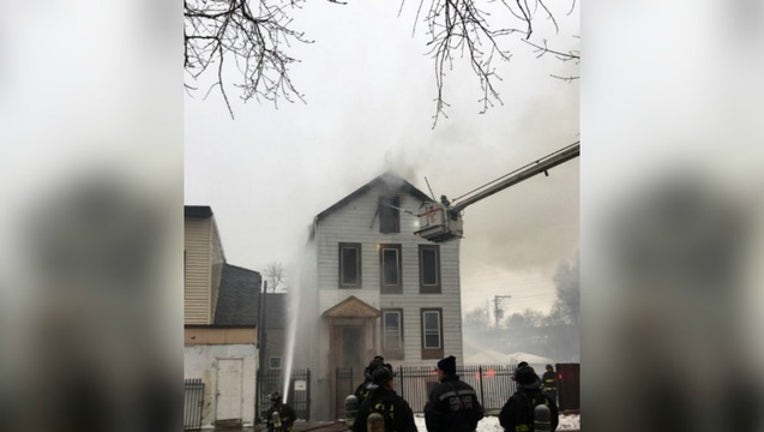 Firefighters fight a blaze Sunday morning in the East Side neighborhood on the Far South Side. | Fire Media Affairs

CHICAGO (Sun-Times Media Wire) - A Chicago firefighter was taken to the hospital for treatment after a Sunday blaze on the Far South Side.

The fire was reported about 7:10 a.m. in the 3600 block of East 99th Street at a 2.5-story house, according to Fire Media Affairs. The firefighter was taken to Christ Medical Center in Oak Lawn in fair condition.

No one else was reported injured, Fire Media Affairs said. The house where the fire occurred was believed to be vacant. The fire was struck out by 9 a.m.