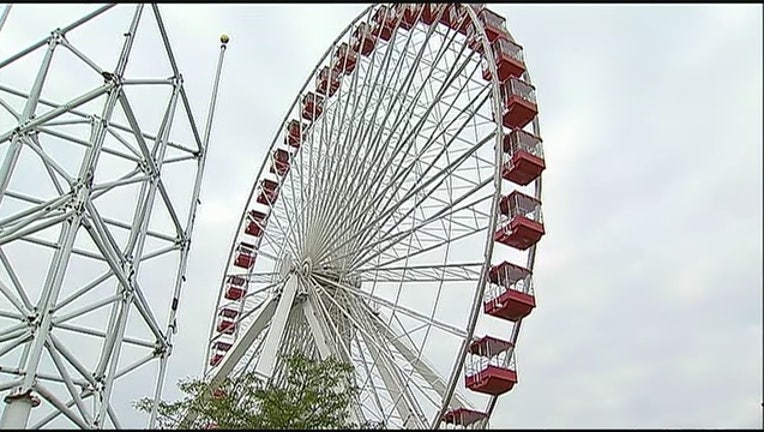 The Springfield News-Leader reports that about 200 people turned out Thursday morning for its grand opening. The wheel includes 40 gondolas that hold up to 6 passengers apiece.

It came down in September after 20 years in Chicago and was replaced with a 196-foot Ferris wheel.

The disassembled structure moved to Branson in early 2016. This spring, a team of engineers from the Netherlands joined local contractors to install the wheel on its new site at The Track Family Fun Parks. The project cost about $4 million.

Branson Mayor Karen Best said she thought she would "run off the road" when she learned Branson was getting the relocated Ferris wheel.