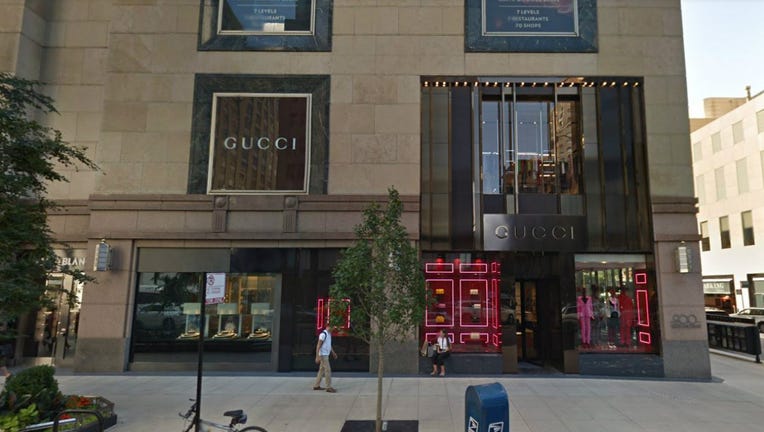 CHICAGO - A Gucci store was robbed by two masked men Monday morning on the Magnificent Mile, continuing a pattern of high-end retail robberies on the Near North Side this month.

They made off with merchandise and ran east across Michigan Avenue, police said. No one is in custody.

The robbery continues a string of crime at retail stores on the Mag Mile.

Last week, two masked men robbed a Louis Vuitton across the street and made off with eight handbags. The items were tracked by GPS to Bronzeville, where police located the bags in a parked car with a popped tire.

That same day, five people were arrested after allegedly stealing clothes from an H&M store a block south. Officers followed the five suspects to the Red Line, and arrested them after they ran onto the tracks.

On Feb. 19, police investigated a possible break-in at Neiman Marcus in the 700 block of Michigan Avenue, where someone had smashed a display window.