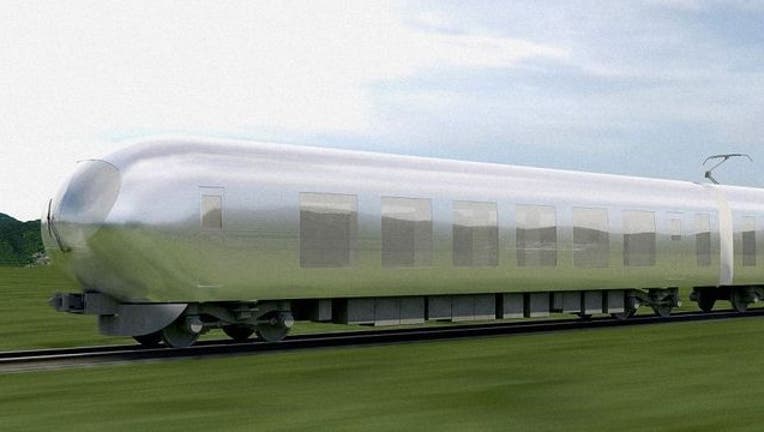 The futuristic train is covered in a reflective metal. (Kazuyo Sejima/Seibu Group)

A Japanese architect has a designed a train that’s so futuristic, you won’t even be able to see it. Kazuyo Sejima’s “invisible” train is made from hyper-reflective materials, allowing it to seamlessly blend into both urban and rural landscapes, reports Newsweek.

“The limited express travels in a variety of different sceneries, from the mountains of Chichibu to the middle of Tokyo, and I thought it would be good if the train could gently co-exist with this variety of scenery,” Sejima said in a press release.

Sejima, who is known for her clean, modernist designs that incorporate shiny surfaces like glass and various metals, was commissioned to design the trains as part of Japanese railway company Seibu Holding’s 100th anniversary for use on the company’s Red Arrow commuter train. The reflective surface has previously been used by Sejima on buildings, such as Le Louvre Lens Museum in France. Even though the train’s revolutionary exterior sets it apart from the average commuter rail service, the architect hopes the inside will lend itself to an enjoyable experience for riders.

“I also would like it to be a limited express where large numbers of people can all relax in comfort, in their own way, like a living room, so that they think to themselves ‘I look forward to riding that train again.’”

The reflective train is set to hit the tracks around Tokyo in 2018.