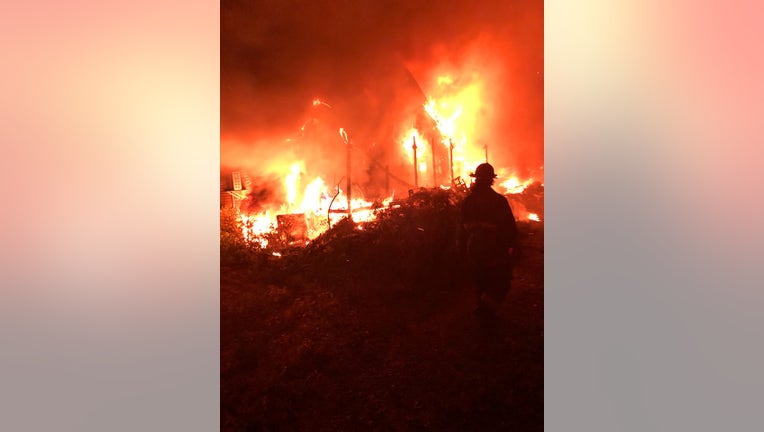 BLUE ISLAND, Ill. - A junkyard fire in south suburban Blue Island consumed 40 to 50 vehicles Saturday and brought down a house.

Over 14 fire companies from Blue Island and the surrounding communities responded to the blaze about 3:50 a.m. at a junkyard near 131st Street and Kedzie Avenue, Daniel Reda, Blue Island Fire Chief, said.

The fire raged for over two hours, burning up between 40 and 50 vehicles and collapsing a nearby house, Reda said. The flames were extinguished about 6 a.m., with the last hot spots going out around 9 a.m.

No one was injured in the fire, Reda said.