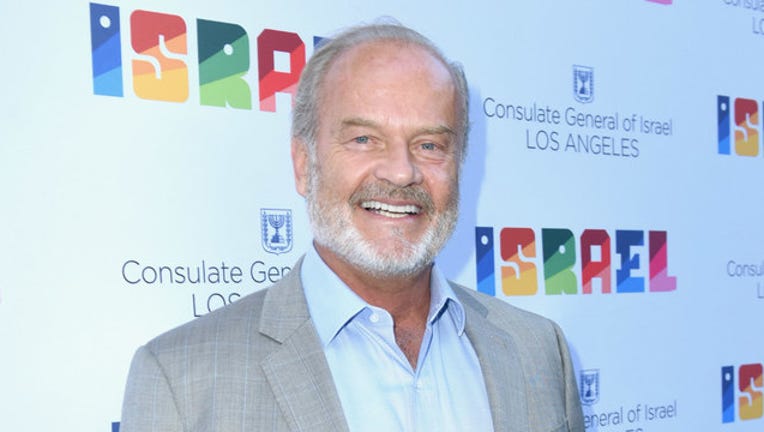 (FoxNews.com) - A revival of the hit NBC sitcom “Frasier” has been rumored for many years. However, fans just got their first real clue that a potential reboot is in the works.

“Frasier” debuted in 1993 as a spinoff to “Cheers.” The series focused on Kelsey Grammer’s character moving back to his hometown of Seattle to live with his disabled father and work as a radio psychiatrist. Heralded as one of the most successful sitcoms on TV, the show took its final bow in 2004 after eleven seasons.

Now, as shows like “Roseanne” and “Will & Grace” are being revived left-and-right, a snapshot obtained by TMZ indicates that “Frasier” might be getting the band back together. The outlet snapped a photo of Grammer walking on the streets of London with a “Frasier” script-in-hand. The binder also sported Grammer’s production company logo, Gramnet.

Representatives for Grammer said that people submit ideas, which Grammer considers, but there’s no real movement on a potential revival at this time.

The statement is in line with comments the star previously made at the show’s 25th-anniversary celebration in Los Angeles where he admitted that he’d be open to reprising the role of Frasier Crane provided his co-stars David Hyde Pierce, Jane Leeves and Peri Gilpin reprise their roles as well.

"No, there’s been no premise that has come along that has the necessary fire,” Grammer said at the time.

“A lot of us are quite committed to the concept that you would never try to redo what we once had,” he added.

Sadly, there can never be a true revival of the cast following the death of actor John Mahoney, who played Martin Crane for more than 10 years. Martin was Frasier's father and was meant as the heart of the show and has been fondly remembered by the cast since his passing.

Grammer tweeted an image at the time of Mahoney hugging him shortly after his death with the caption, “He was my father. I loved him.”