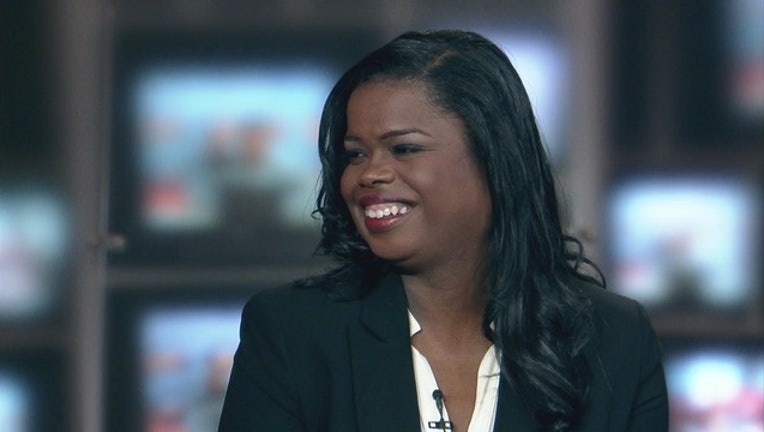 CHICAGO (SUN TIMES MEDIA WIRE) - Aiming to go beyond her predecessor in trying to end Cook County’s reputation as the “wrongful conviction capital of the U.S.,” State’s Attorney Kim Foxx tells the Chicago Sun-Times that revamping the way her office reviews such cases is among her top priorities.

Foxx, who ran on a reform platform in her bid to unseat two-term incumbent Anita Alvarez last year, said in a recent interview that reviewing cases is central to restoring public confidence in the criminal justice system.

“When we talk about people not having faith in convictions, it’s not just about the cases we do now,” Foxx said in a recent interview. “It’s (also) the historical perspective of people who have been locked up for crimes they did not commit.”

Cook County has made strides in tackling the problem since 2012, when the CBS television news magazine “60 Minutes” spotlighted wrongful convictions in a segment that embarrassed then-State’s Attorney Anita Alvarez. Alvarez then set up a Conviction Integrity Unit to review questionable cases.

Last year, that unit helped exonerate 11 wrongfully convicted people — a county record and the second-highest exoneration total among counties nationwide, according to a report released this month by the National Registry of Exonerations.

Since 2012, the Cook County CIU has played a part in 41 of 45 exonerations, the second-highest tally among the growing number of similar units nationwide.

But Foxx says she is continuing to study ways the unit can improve.

Just days after defeating Alvarez in the Democratic primary last March, Foxx flew to Brooklyn to meet with Kings County District Attorney Kenneth Thompson, who died of cancer in October before finishing his first term as top prosecutor there. Thompson’s Conviction Review Unit is considered a national model, having had a hand in 28 exonerations over four years — three more than were credited to the Cook County CIU during the same span, despite the fact that Cook County’s criminal caseload has historically been far larger than in Thomas’ jurisdiction.

Foxx is continuing to work with Ronald Sullivan, a Harvard Law School professor who helped with Thompson’s overhaul. Sullivan is working on a report that will help develop guidelines for the revamped Conviction Integrity Unit, including how to staff the office; how to select cases for review, and how to use findings to detect practices that lead to wrongful convictions in the first place.

“What we learned from Brooklyn model . . . was it is all about elevating the work of the unit,” Foxx says, admitting that staffers on the unit are tasked with pointing out the mistakes of their fellow prosecutors.

“It’s a challenging assignment. It’s tough to be the person that goes and has to look and find error,” she says. “It’s a human endeavor; we are susceptible to making mistakes. Not every mistake is a nefarious mistake to do injustice.”

Foxx insists that individual prosecutors are not necessarily resistant to reviews that find fault with their work, especially when confronted with new evidence.

“Police and prosecutors want the same thing. We want people who commit crimes to be locked up,” she says. “If we determine that there’s someone that didn’t do (a given crime), then there’s someone out there who did commit the crime, and they’re still out there.”

Attorneys who have represented clients that have been wrongfully convicted are in Foxx’s corner for now.

A team of lawyers at the University of Chicago’s Exoneration Project, for example, recently withdrew a request to have a court-appointed “special master” review hundreds of convictions based on arrests made by Ronald Watts, a Chicago Police sergeant who was convicted of shaking down gang members in the Ida B. Wells housing project.

The reason? Foxx announced her office intends to give the Conviction Integrity Unit the resources to probe the Watts cases.

“These are substantial policy decisions” Foxx is making, says Daniel Owens, who has met with Foxx.

Owens, who has several cases under review by the CIU, says he is cautiously optimistic that Foxx will broaden the type of cases the unit is willing to scrutinize. Under Alvarez, Owens said the CIU would seldom look at a case in which the defendant claimed anything other than complete innocence, and was wary of reviewing cases where there were allegations of misconduct by police or prosecutors.

“I would like to see ‘miscarriage of justice’ used as the standard of review,” Owens says. “If there was bogus witness or a violation of constitutional rights, or a pattern of abuse, will they look at that, not just some notion that the (defendant) is totally, completely, metaphysically innocent?”

According to the National Registry study, none of the exonerations aided by Alvarez’s unit involved misconduct by law enforcement. Only three exonerations during the eight years Alvarez was in office involved cases that were handled by the state’s attorney’s office while Alvarez was in charge.

Nearly 80 percent of the 136 exonerations in Cook County since 1989 have involved allegations of official misconduct ranging from hiding evidence from defense lawyers to false testimony by police officers, according to Barbara O’Brien, a Michigan State University Law School professor and editor of the National Registry of Exonerations.