CHICAGO - Mayor Lori Lightfoot says it's too early to discuss.

Experts, though, warn that her already-unbalanced city budget will likely be hit very hard by the coronavirus crisis.

Back before hundreds of thousands of Chicagoans lost their paychecks as large parts of our economy shut down, Mayor Lightfoot drew up an optimistic city budget reliant on revenues rising by hundreds of millions of dollars. Once the current coronavirus crisis fades, budget experts say Chicago’s taxpayers face an ugly day of reckoning.

Vallas, who's overseen government budgets in at least four states as well as City Hall, offered some ideas in a Tribune Op-Ed, including:

“Unfortunately, some people are desperate to be relevant,” Lightfoot said. “The suggestion that somehow our city budget is in tatters, as Mr. Vallas dramatically suggests, it's just foolish.” 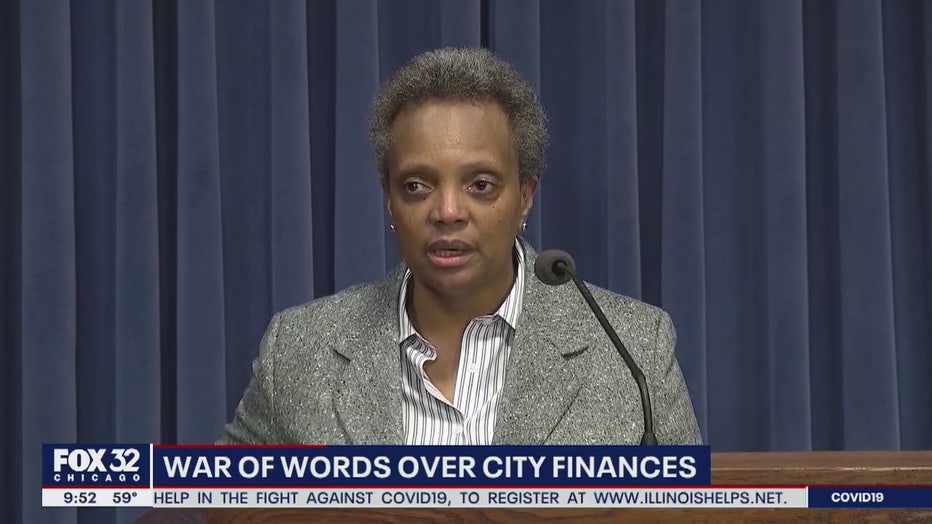 “They have not prepared us for the financial pandemic. And like the health care pandemic, the failure to prepare is going to have long-term, extremely negative consequences,” Vallas said.

There is one budget bright spot. Chicago's public schools could get a couple hundred-million dollars from the giant federal stimulus law approved last week.