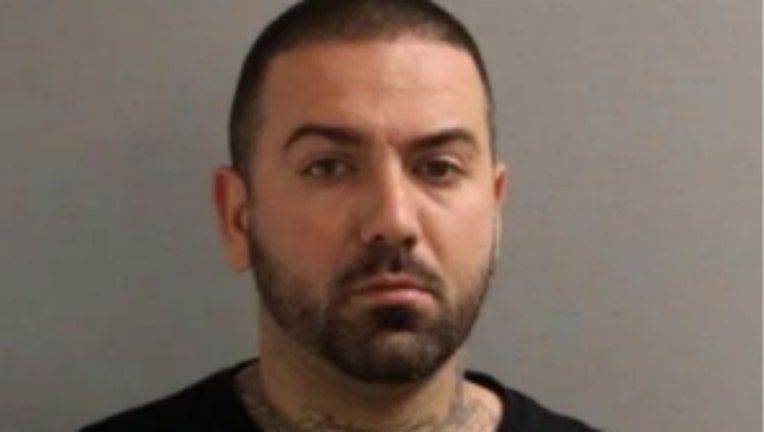 CHICAGO (Sun-Times Media Wire) - When his Freightliner box truck clipped an overpass earlier this year in McKinley Park, Gregory Bolden was relieved when a tow driver showed up, unannounced, to haul it away.

The driver, who identified himself only as “Mike,” appeared to be a “generous, very authentic guy,” Bolden said.

“I was already kind of vulnerable, and I was feeling bad because I had gotten into a major accident and I didn’t know what to do,” Bolden told the Chicago Sun-Times. “So I felt as if he was helping us out a lot.”

A lawsuit filed Thursday by the company Bolden works for, Atlanta-based Critical Logistics, claims “Mike” was actually 30-year-old felon Jon Twist. The suit, filed in Cook County Circuit Court, alleges that Twist towed the semitrailer and has refused to release it until he’s paid $10,000.

A few weeks after Bolden’s semitrailer was hauled away, Twist was accused of running a predatory towing scam. Twist and 26-year-old Angel Camacho, both of Brighton Park, were arrested April 5 and accused of impersonating city workers and trying to tow another semi that was wedged under a viaduct near Racine and Pershing, according to Chicago police and Cook County prosecutors. Both men were charged with a felony count of tower solicitation, and Twist also faces a misdemeanor count of unlawful possession of a police scanner.

It was on March 18 that Twist had shown up at the scene of Bolden’s crash in the 3300 block of South Archer. He told the driver he could take the truck to TMT’s storage yard at 3503 S. Artesian, according to the suit.

Bolden then signed off on a “pre-tow disclosure” on behalf of Critical Logistics and agreed to pay $450 for the tow and the overnight storage of the truck, the suit claims. At that time, according to the suit, Twist told Bolden he would report the crash to police on behalf of Bolden and his company.

But when Bolden showed up at the tow yard the next day, another TMT employee gave him a second, previously unseen disclosure that included a bill for $15,108.50, the suit says. Among other charges, the bill sought $3,950 for the tow.

The suit claims Bolden was told that he would need to make a $10,000 down payment to get the truck back.

“I wanted to see the breakdown of how they actually got to $10,000 because things weren’t adding up to me at all,” Bolden said. “A red flag was thrown up as if it was a scam.”

That’s when Bolden contacted his boss, Anthony Walters, who then spoke with Twist and objected to “the change in the fee agreement and the outrageous nature of the second invoice,” the suit says. That same day, Walters called the cops and learned that Twist had never filed a police report about the crash.

On March 28, Critical Logistics sent a letter to TMT demanding the truck be released from the tow yard, according to the suit. The company has not received a response to the letter, and the truck hasn’t been returned.

Walters told the Sun-Times the ordeal has been “horrible,” noting that the truck was his main source of income.

“That was everything I was riding on,” Walters said. “I invested almost everything into that truck to make a better life for my family.”

After Twist’s arrest last month, police spokesman Anthony Guglielmi said his operation may have ties to gangs. Guglielmi also said investigators were working to determine whether similar incidents in the Chicago Lawn, Deering and Ogden police districts were part of the predatory scheme.

Twist, who was granted a $10,000 personal recognizance bond, was formally indicted on the charges in Cook County on Friday, court records show.

He is scheduled to appear in court again in Cook and DuPage counties on May 21, according to Darrah and court records.

At his bail hearing last month, Cook County prosecutors said Twist was sentenced to seven years in the Illinois Department of Corrections after being convicted of a 2006 aggravated battery. Walters, who lives in Georgia as does Bolden, said he was recently made aware of Twist’s criminal history.

Critical Logistics’ lawsuit accuses Twist and TMT of breach of contract, conversion and using deceptive practices and fraud to tow the semi and hold it indefinitely. The suit seeks the truck, damages, future relief and court costs and attorney’s fees.