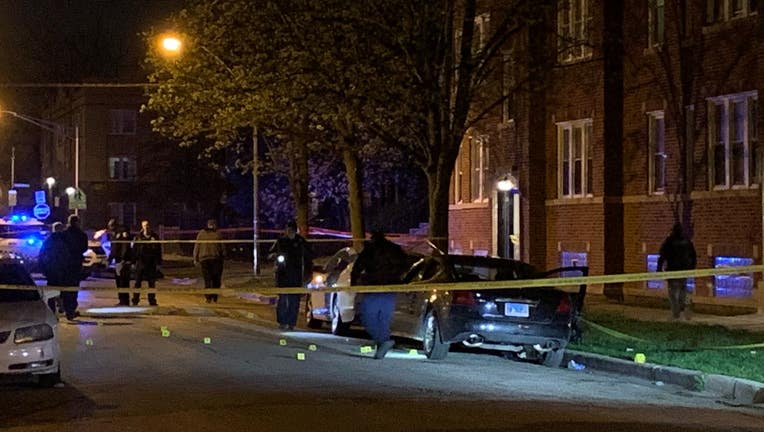 CHICAGO - A 25-year-old man was shot to death and a 21-year-old woman was wounded Sunday in Galewood on the Northwest Side.

They were in a vehicle about 7:45 p.m. in the 6200 block of West Wabansia Avenue, Chicago police said. Someone inside another vehicle fired shots, striking both of them multiple times.

The man was taken to Mount Sinai Hospital where he was pronounced dead, police said. The Cook County medical examiner’s office identified him as Lashawn Blakemore of Maywood.

The woman was taken to the same hospital in serious condition, police said.