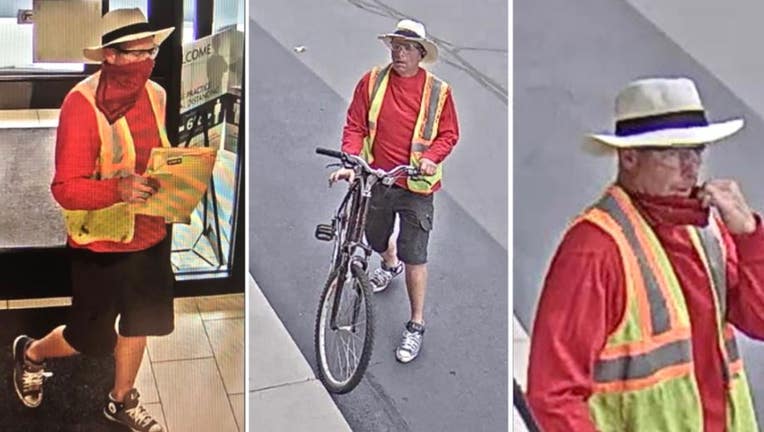 The FBI released surveillance video frames that show a suspect in a July 11, 2020, robbery at Glen Ellyn Bank and Trust. | FBI

GLEN ELLYN, Ill. - The FBI is searching for a man who robbed a Glen Ellyn bank over the weekend in the west suburbs.

The robbery happened about 11 a.m. July 11 at the Glen Ellyn Bank and Trust, 357 Roosevelt Rd., according to the FBI.

He rode a bicycle to the bank and wore a panama hat, reflective vest, Converse shoes and a bandana, the FBI said.