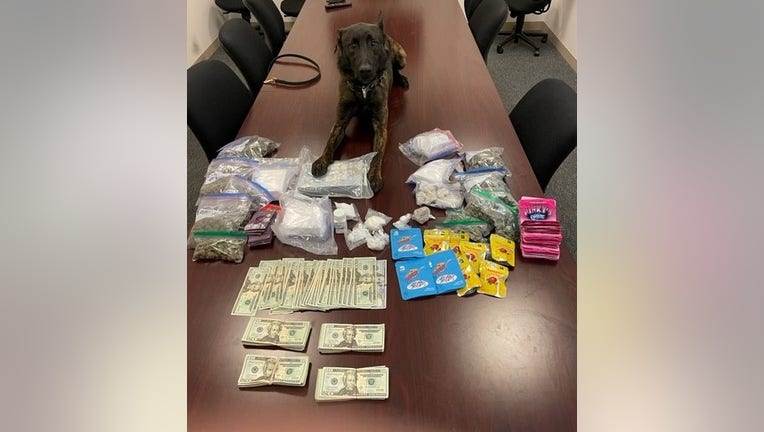 The detective observed criminal activity, and gained probable cause to search the vehicle.

During the search of the vehicle, two aftermarket hidden compartments were found, authorities said.

Upon further investigation, authorities determined that the driver's seat and passenger's seat raised electronically, accessing a void underneath.

Two hidden compartments were discovered under the seats that spanned the entire floorboard of the vehicle, authorities said.

The driver of the car, Jose Valdez, 44, was subsequently arrested and charged with delivery of cocaine, delivery of Fentanyl, delivery of cannabis, installing a false compartment to transport controlled substances and possession of cannabis by a driver.