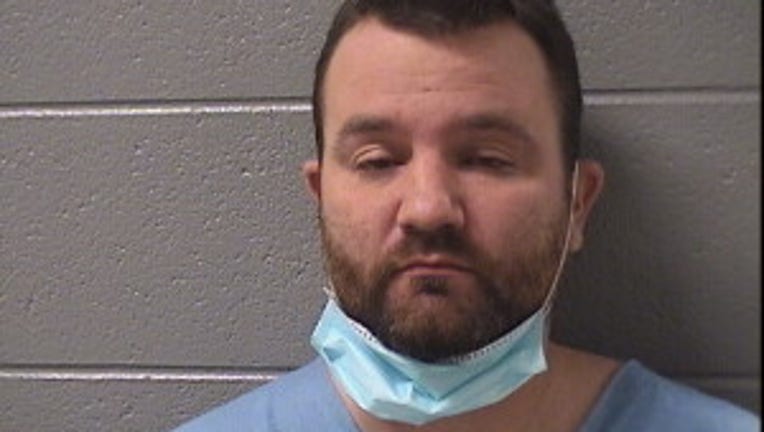 EVANSTON, Ill. - An Indiana man allegedly beat a 71-year-old man to death at a health clinic in suburban Evanston, killing him in November.

Prosecutors didn’t say why Cory Gilmartin allegedly beat the retired attorney with Parkinson’s Disease in the back hallway of a NorthShore Immediate Care, 524 Main St.

But prosecutors did say Gilmartin, 34, remained at the scene of the crime the evening of Nov. 10, made several “nonsensical statements” and admitted to fatally striking Daniel Murray.

Officers were called to a disturbance about 7 p.m. and found Gilmartin in a corridor, prosecutors said. Gilmartin, asked for identification, said it was in a book around the corner, at which point the officers followed him and found the 71-year-old victim on the ground.

Murray was lying facedown, unresponsive with blood coming out of his ears, prosecutors said. Gilmartin allegedly did not know Murray.

Gilmartin told investigators that he punched Murray — whom he allegedly called “a 70-year-old white man with a cane” — once with a fist, knocking him to the ground, prosecutors said. Gilmartin also allegedly said that he then punched him three more times in the back of his head.

Surveillance video didn’t capture the assault, but does show Gilmartin stomping on the victim’s head more than eight times when he was on the ground, prosecutors said.

DOWNLOAD THE FOX 32 NEWS APP FOR NEWS ON THE GO

After he had not returned home, Murray’s wife went to look for him and identified him as paramedics loaded him onto an ambulance, prosecutors said.

Murray was taken to St. Francis Hospital, where he remained in a coma until his death on Nov. 27, Evanston police said. An autopsy found he died of blunt force trauma from the attack and ruled his death a homicide, according to the Cook County medical examiner’s office.

Murray served in the office of the United States Attorney in the Northern District of Illinois from 1978 to 1991, prosecutors said.

Gilmartin was arrested the day of the beating and initially charged with three counts of aggravated battery, police said. The counts were upgraded Nov. 25 to attempted first-degree murder.

Gilmartin, of Mishawaka, Indiana, is being held without bail at Cook County Jail on six counts of first-degree murder, police said.

His criminal history includes a misdemeanor DUI arrest in Indiana, which is later dismissed this year, and a residential entry and stalking conviction from 2013 in Indiana. He was sentenced to a year in prison.

Gilmartin missed his arraignment on the murder charges Tuesday because he was in isolation at Cook County Jail, but he is expected back in court Dec. 18, according to the Cook County state’s attorney’s office.