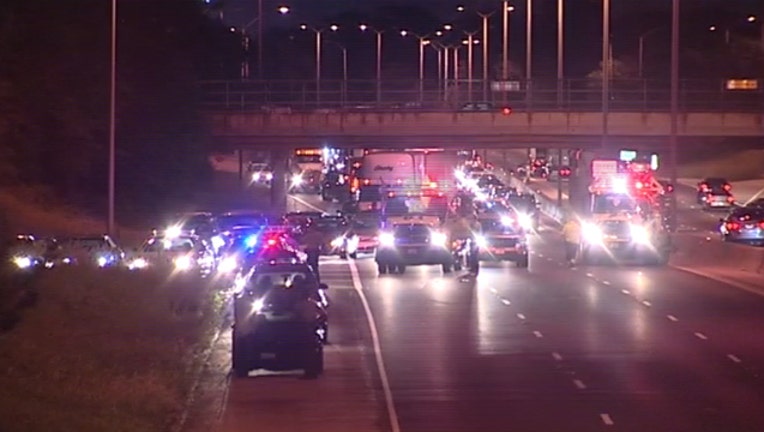 A man was fatally struck by a vehicle Monday night on the Eisenhower Expressway in Maywood. | Network Video Productions

Charles Kirk, 52, was struck about 10:30 p.m. in the westbound lanes of I-290 near 9th Avenue, according to Illinois State Police and the Cook County medical examiner’s office.

Kirk, of the 800 block of South 20th Avenue in Maywood, was taken to Loyola University Medical Center in Maywood, where he was pronounced dead at 11:07 p.m., according to the medical examiner’s office. An autopsy found he died of multiple injuries from the crash, and his death was ruled an accident.

The man driving the car was not injured, but was taken to the hospital as a precaution, police said. No citations or charges have been issued.