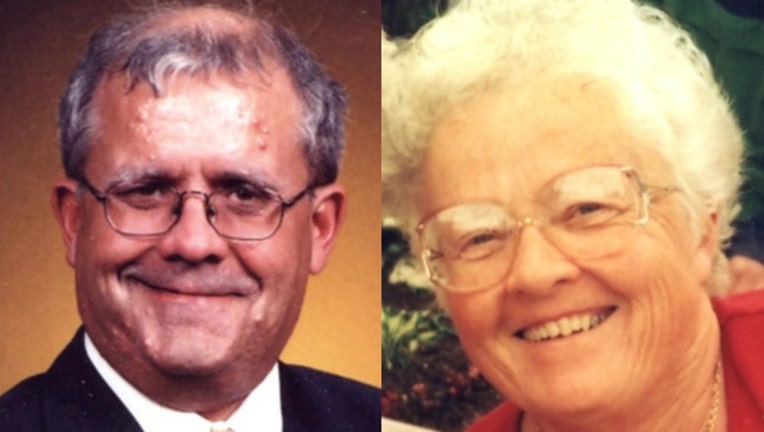 SUN-TIMES MEDIA WIRE - Authorities believe they have narrowed down the window of time when an elderly woman and her son were killed in their in their rural DeKalb County home last month, authorities announced Friday.

Patricia A. Wilson, 85, and her 64-year-old son Robert J. Wilson were found beaten to death Aug. 15 in their home in Sycamore, according to the DeKalb County sheriff’s office. Their deaths were ruled homicides.

Since locating their vehicle in Chicago Aug. 24, investigators believe Patricia and Robert Wilson were killed between 7:45 p.m. and midnight Aug. 14, according to the sheriff’s office. The window was determined based on the last telephone contact Patricia Wilson had with a family member and video footage of their car driving east on Route 64 in West Chicago.

Their car, a white 2010 four-door Chevrolet Impala, was stolen from their home at the time of their deaths, but was recovered early Aug. 24 near the Lincoln Park Zoo on Chicago’s North Side, according to the sheriff’s office. The car may have been there for several days.

The car was processed and multiple items were recovered and delivered to the state crime lab, according to the sheriff’s office.

DeKalb County Crime Stoppers have offered a $25,000 cash reward for information leading to an arrest.