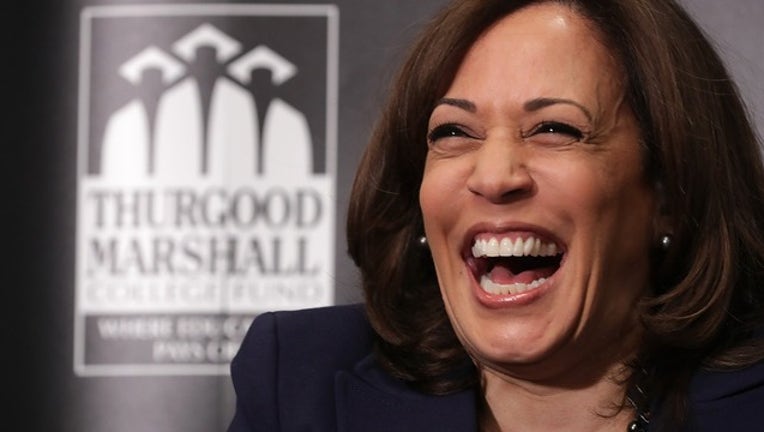 CHICAGO (AP) - Two more members of the Congressional Black Caucus are backing Kamala Harris's bid for the presidency. Reps. Bobby Rush of Illinois and Frederica Wilson of Florida are supporting the California Democrat's presidential bid. Endorsements from the caucus, which counts more than 50 members, are shaping up to be very influential in the Democratic presidential primary. The pair of endorsements bring Harris's total CBC endorsements to six.

Rush has been sharply critical of former Vice President Joe Biden in the wake of comments in which he recalled working alongside two segregationist Southern senators. Rush told Politico that Biden, another Democratic presidential candidate, was "wholly out of touch and woefully ignorant of the nuances of the black American experience." Rush will serve as Harris' Illinois campaign co-chair.

Rush said Harris was "the only candidate prepared to fight for all Americans against a Trump Administration that has left them behind" and that she is a "once-in-a-lifetime leader" who "exemplifies what global leadership is all about."

Harris and Biden clashed during the first Democratic primary debate after Harris, who is black, directly challenged Biden over his history of opposing school integration through busing. Harris said Biden's recollections of working with the two senators were hurtful.

Harris's campaign announced on Saturday that she had raised $2 million in the first 24 hours following the start of Thursday's debate. Aides to her campaign said she received donations from 63,277 people, and that 58 percent of those donors had not contributed to her campaign before.