Police said the crash occurred just before 7 a.m. on the westbound side near mile marker 110, in Grundy County.

Two people were injured, and one of them was taken to an area hospital with life-threatening injuries.

A nearby home's Ring video camera recorded the fiery crash.

All lanes were closed for an investigation, and traffic was being diverted off at exit 112. Around 9:55 a.m., eastbound lanes reopened. Police were asking drivers to stay clear of the area if possible. 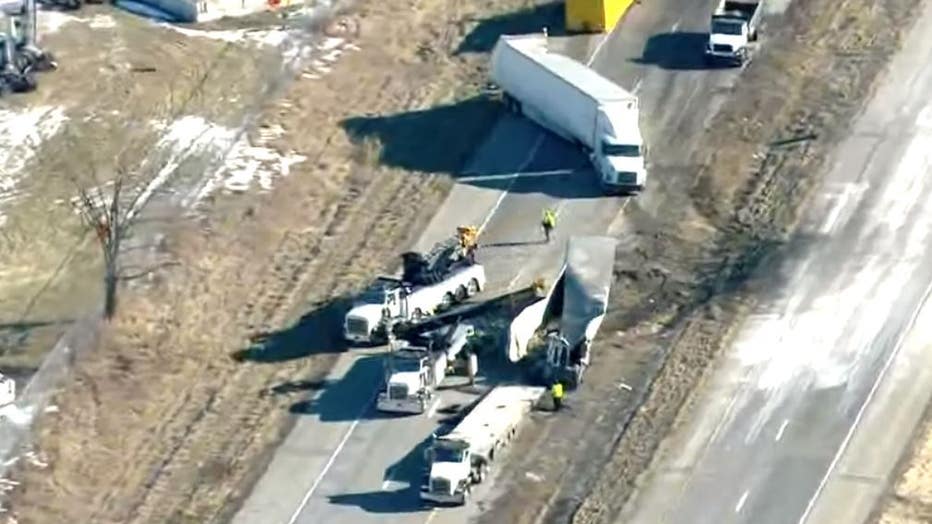