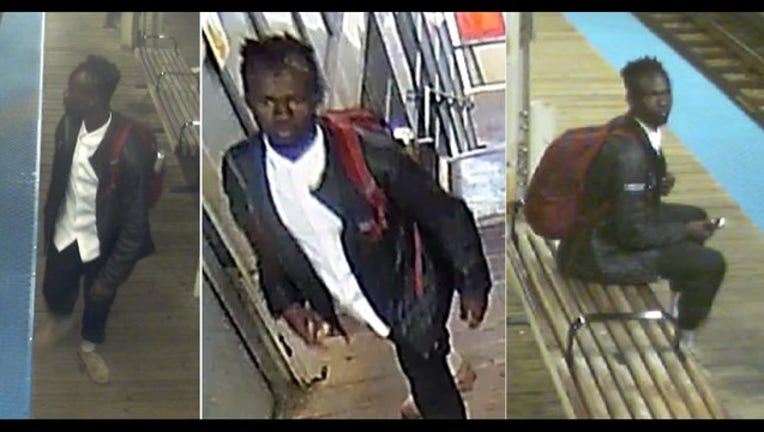 CHICAGO - Police are warning North Side residents after a sexual assault was reported in Rogers Park on Tuesday.

A man followed a female about 1:30 a.m. as she got off a train and entered her building in the 1300 block of West Lunt Avenue, where he assaulted her, Chicago police said in an alert.

The man is described as 5-foot-7 to 5-foot-10 with a skinny athletic build, police said. He’s in his 20s and was wearing a black leather jacket with “Tin Cup” on the upper right sleeve, a long sleeve white shirt and black pants, police said.

The man was also wearing black socks with gray heels and light brown suede dress shoes. He was carrying an oversized red or maroon backpack.

Anyone with information is asked to contact Area North detectives at 312-744-8261.