A 65-year-old Northfield woman is charged with a hate crime after allegedly telling a man to leave a Winnetka pier in August because he is Black.

A 65-year-old Northfield woman is charged with a hate crime after allegedly telling a man to leave a Winnetka pier in August because he is Black.

The exchange — captured on video in a now-viral tweet — shows Irene Donoshaytis questioning if the man is allowed on the beach since he doesn’t have a pass, according to Winnetka Police Deputy Chief Brian O’Connell.

When told by park district staff that a pass isn’t necessary, she continues to argue with him and asks the staffer for their manager, video of the Aug. 18 incident shows.

After more arguing, the man holding the camera asks, “Is it because I’m Black?” and the woman replies, “Yes” and nods her head, the video shows.

After another verbal exchange, she tries to knock the phone out of the man’s hand, O’Connell said. Donoshaytis was arrested that night and charged with misdemeanor battery, he said.

The battery charge was upgraded Wednesday to a hate crime, O’Connell said. 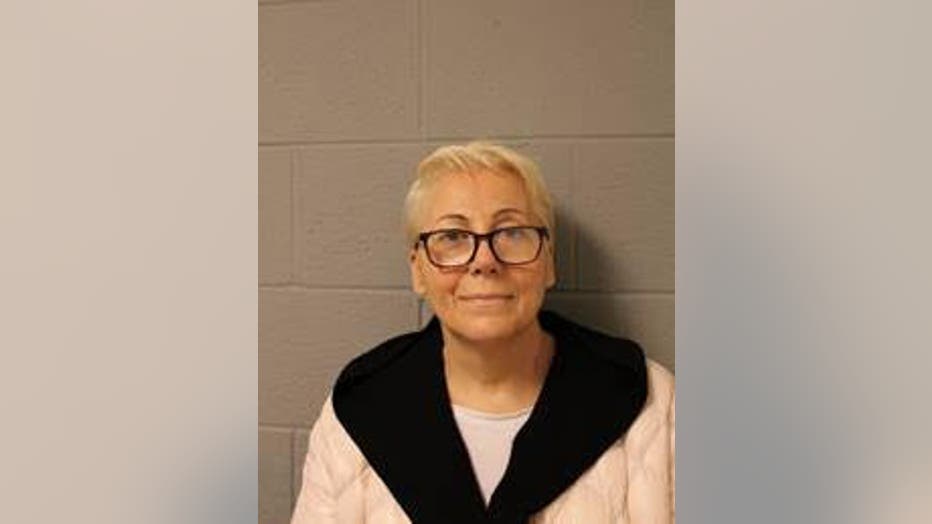 Donoshaytis turned herself into police later Wednesday and went to the Skokie courthouse, where a judge ordered her held on $10,000 bail.

The victim the exchange, 25-year-old Otis Campbell, said he had just finished a bike ride with friends when Donoshaytis confronted him.

“From everything that’s been going on, it could’ve ended very bad,” said Campbell, referring to recent fatal shootings of Black people by police.

Campbell, who grew up in Skokie, said he does not wish ill toward Donoshaytis and will let the justice system decide the punishment, adding that he’s “not the one throwing this at her.”

He acknowledged that similar racially-motived incidents happen everyday, but said this one garnered attention because it was recorded.

He said he hopes the confrontation can be an educational moment for the world.

“Everybody knows the feeling of being stared at because of how you look,” he said. “It’s happening everyday, and it’s up to you to educate people, not to beat someone up over it.”

Donoshaytis is due back in court Sept. 18, according to county records.