WASHINGTON - President Donald Trump promised Wednesday to sign an executive order that would require health care providers to provide medical care to all babies born alive as he makes an election-year push to appeal to voters who oppose abortion.

The White House did not release further details about the order, but Trump’s announcement follows numerous attempts by GOP lawmakers in Washington and in state capitals around the country to pass legislation that threatens prison for doctors who don’t try to save the life of infants born alive during abortions.

Organizations representing obstetricians and gynecologists say the law already provides protections to newborns, whether born during a failed abortion or under other circumstances. But when anomalies are so severe that a newborn would die soon after birth, a family may choose what’s known as palliative care or comfort care. This might involve allowing the baby to die naturally without medical intervention.

It is not necessarily a crime to forgo sophisticated medical intervention in cases where severe fetal abnormalities leave a newborn with no chance of survival. This has happened on rare occasions in the course of a late-term abortion. The U.S. government recorded 143 deaths between 2003 and 2014 involving infants born alive during attempted abortions.

In a video message Wednesday to the National Catholic Prayer Breakfast, Trump said his “born alive executive order” would ensure that babies born alive no matter the circumstances “receive the medical care that they deserve.”

“This is our sacrosanct moral duty," Trump said.

“It seems this administration will once again seek a solution to a nonexistent problem,” said Jacqueline Ayers, a vice president at Planned Parenthood’s political advocacy arm, the Planned Parenthood Action Fund. “Health care providers already have an obligation to provide appropriate medical care.” 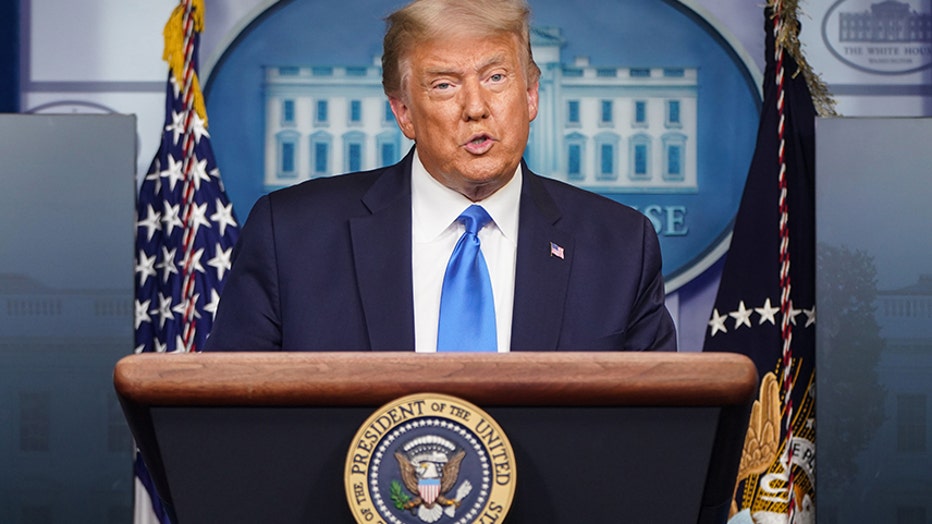 U.S. President Donald Trump speaks during a news conference in the briefing room of the White House on September 23, 2020 in Washington, DC.

Trump’s comments come as his campaign and Democratic presidential nominee Joe Biden work to win over Roman Catholic voters in the Nov. 3 presidential election. For decades, that group has been a pivotal swing vote in U.S. presidential elections, with a majority backing the winner — whether Republican or Democrat — nearly every time.

Advocates for Trump say faithful Catholics should not vote for Biden, who is a practicing Catholic, because of his support for abortion rights. Critics of Trump say he is too divisive and callous to merit their vote.

AP VoteCast also found abortion low on the list of priorities for midterm voters: Just 2% nationwide in 2018 considered abortion the top issue facing the country. About a quarter named health care and immigration; roughly 2 in 10 named the economy and jobs.