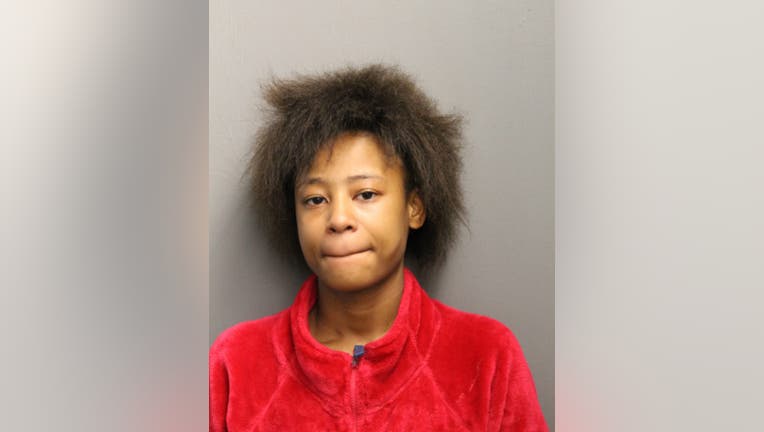 CHICAGO - A young woman used a knife given to her by her mother to stab a 15-year-old girl to death as the teenager tried to break up a street brawl in Englewood sparked by a social media feud, Cook County prosecutors said.

Barbara Clifton’s mother had been fighting with her sister on Facebook and allegedly arranged the Aug. 26 fight near Hamilton Park. She was the one who gave Clifton the knife before 19-year-old Clifton fatally stabbed Erica Blackhawk, prosecutors said earlier this week.

Erica collapsed on a sidewalk and told witnesses Clifton was her attacker, prosecutors said.

Erica was rushed by paramedics to the University of Chicago Medical Center, where she died.

Erica was the girlfriend of Clifton’s aunt’s son and was like a mother to her, prosecutors said.

Before the murder, Clifton’s mother and her sister’s families had allegedly sent each other threatening messages after Clifton was blocked from a Facebook Live video by someone Erica knew, prosecutors said.

On evening of the fight, Clifton and her family exited a car and confronted Erica and Erica’s boyfriend’s family in the 7400 block of South Parnell Avenue, prosecutors said. Clifton’s mother wielded the knife toward the group in a “menacing” way, chasing them toward their home nearby, prosecutors said.

As two families began punching each other in the street, Erica allegedly came running unarmed from a porch to break up the fight. Clifton then grabbed Erica by the shoulder and stabbed her two or three times in the chest and abdomen, prosecutors said.

Erica doubled over in pain and walked back to the home before collapsing. While witnesses screamed, Clifton and her group rushed back to the car while a few other people continued fighting on the street, prosecutors said.

Clifton was arrested Saturday and charged with first-degree murder. Her mother has not been charged.

Two other people in Erica’s’s group were treated at a hospital for minor injuries.

Clifton’s attorney pointed out Monday that she was not an instigator or aggressor in the violence. Clifton, who lives with her mother, studied psychology at Indiana Tech, the attorney added.

Judge David Navarro said he couldn’t “think of a greater failure of any of the so-called adults present to control or mitigate anything that occurred there.”

He ordered Clifton held on $250,000 bail during Monday’s bond hearing.

The allegations surrounding Erica’s deadly stabbing was reminiscent of the 2014 murder of Endia Martin, who was shot to death after Donnell Flora gave his teenage niece the gun that the minor used to kill Endia.

Clifton is expected back in court Sept. 9.