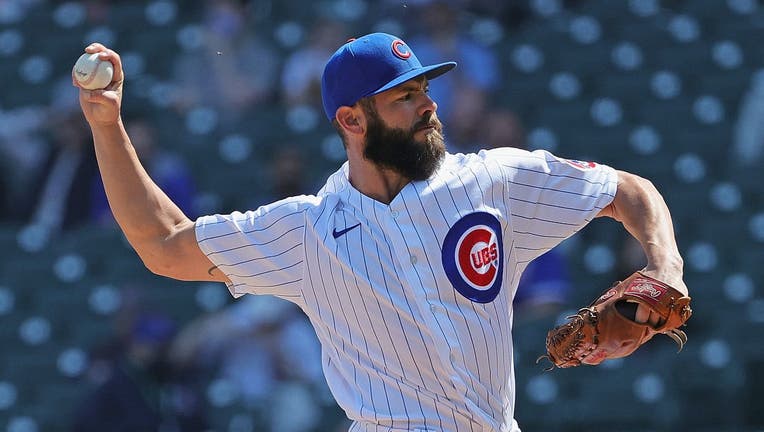 Arrieta (1-0) got a warm reception prior to the game, then gave up just one run and six hits. The 35-year-old right-hander struck out five and walked one.

Arrieta played 4 1/2 years for Chicago, winning a Cy Young Award and a World Series, before signing with Philadelphia in March 2018. He returned to the Cubs in February for a $6 million, one-year contract.

Bryant made it 3-1 in the third with a solo homer against Tyler Anderson, and Heyward bumped the lead to three with a long drive to the right-field bleachers off Clay Holmes in the sixth. The Cubs added another run in the seventh when Bryant walked and scored.

Javier Báez singled twice, drove in a run and scored one. He also stole two bases.

Brandon Workman, Andrew Chafin and Craig Kimbrel each threw a perfect inning, combining to strike out seven and walk none. The Cubs avoided their first 0-2 start since the 2014 team lost the first two.

Pittsburgh’s Ke’Bryan Hayes left the game because of discomfort in his left wrist. He jammed his hand diving back to first on a pickoff attempt after walking in the first inning.

Hayes scored on Kevin Newman’s two-out single. But Erik González batted for him in the third and remained at third base.

Anderson (0-1) went five innings in his Pirates debut, allowing three runs and five hits. The left-hander, who signed with Pittsburgh in free agency, struck out seven and walked two.

Pirates right-hander Kyle Crick was going through the intake process after being away from the team for the birth of his child. Manager Derek Shelton said he could be cleared as soon as Sunday. Crick had a 1.59 ERA in seven relief appearances last year.

RHP Zach Davies, acquired from San Diego for NL Cy Young Award runner-up Yu Darvish, makes his Cubs debut, while RHP Mitch Keller starts for Pittsburgh on his 25th birthday. Davies was 7-4 with a 2.73 ERA in 12 starts for the Padres last year after playing his first five seasons for Milwaukee. Keller had a 2.91 ERA in five starts for the Pirates.