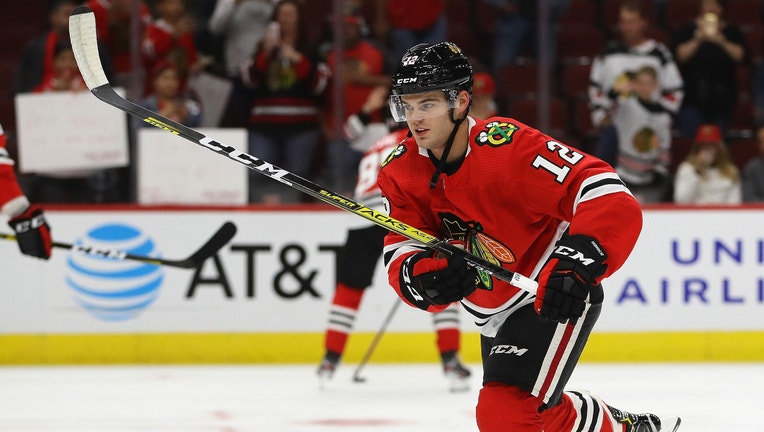 Alex DeBrincat #12 of the Blackhawks participates in warm-ups before a preseason game against the Washington Capitals at United Center on September 25, 2019 in Chicago (Photo by Jonathan Daniel/Getty Images)

The NHL announced the decision on Monday. The move means DeBrincat and Boqvist won’t be able to play, practice or travel with the team until they are cleared.

Chicago is coming off consecutive victories against Detroit, including a 6-2 win on Sunday. The Blackhawks are scheduled to visit Nashville on Tuesday night and again on Wednesday.

DeBrincat and Boqvist played in Chicago’s first six games this season. DeBrincat has two goals and four assists, and Boqvist has three assists.